Emmenopterys henryi in bloom at the US National Arboretum 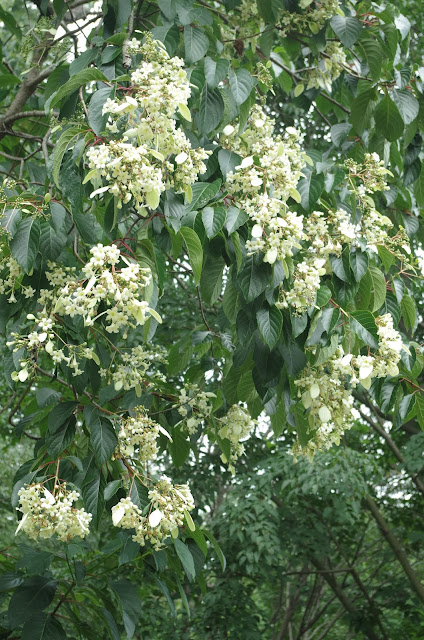 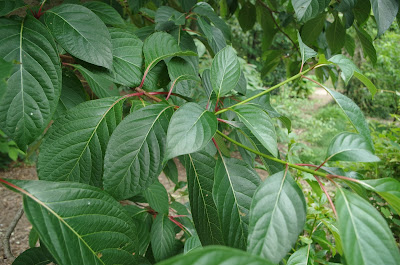 This plant and its siblings took tremendous hits from the abnormally cold winters of 2013-14 and 2014-15. They looked doomed. much terminal dieback, leaves thin, sickly with both dead and chlorotic areas making up much of the leaf surfaces. The trees honestly looked as though they were dying from severe root or vascular damage. It didn't look like they would survive. Their death seemed a foregone conclusion. We took cuttings and waited. Well, what a difference a year can make! I've never seen the leaves or branches with such vigor and I've known them almost all their lives. The large dead terminal shoots (some >10 feet long) appear oddly out of place on such clearly healthy trees!

It was grown from seed wild collected in 1988 on Huangshan Mountain, Anhui Province, China. While the flowers are attractive and fragrant, I like it almost as much for its richly green deeply veined leaves on red petioles.
Posted by ChrisU at 1:20 PM