Phalaenopsis in a snowy window 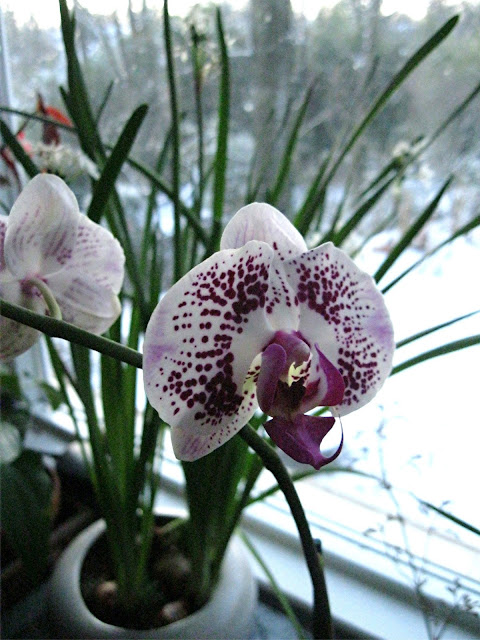 This is one of those $5 Florida orchids except the price was up this winter; it was $6. Still good.
Posted by ChrisU at 11:05 AM 1 comments 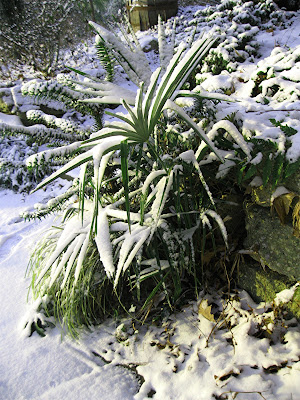 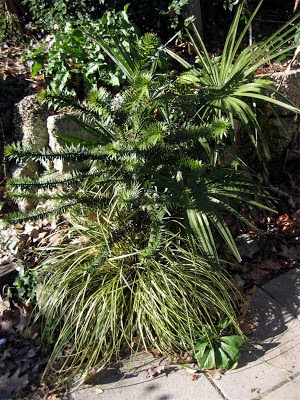 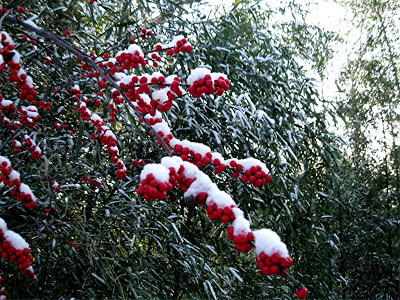 And some of those plants in the top two pictures don't enjoy it one bit. The Monkey Puzzle Tree and the Palmetto aren't used to prolonged temperatures below freezing. They do look nice in the snow though. Both grow incrementally. The auricaria has been through 5 1/2 winters and is less than 3 feet tall. The palmetto is older and small. They look healthy though. I'm sure they'll grow someday.

The Winterberry holly, on the other hand, is perfectly happy at 20F or even at 10, which it was two nights ago. It's been in the garden for, it must be, 20 years and never has it looked better. I don't really have an explanation. I did move it a few years back; maybe it really likes its new site and just took a while to show it. It certainly wasn't this year's weather. No matter the cause, I appreciate the result.

We're in the middle of a week of much colder weather than we've seen for years. I'm fascinated by the Washington Post's Capitol Weather Gang, and follow them relentlessly. If possible, they are even more obsessed with weather than I am. They've been publishing statistics out the wazoo comparing this cold snap to other recent cold spells. I believe, if I remember correctly, that we haven't had temperatures like this for at least three years. I know we didn't have any amount of snow last year so to match this paltry dusting we've got to go back to 2010-2011.
Posted by ChrisU at 10:50 AM 0 comments