(another) Swallowtail on lily 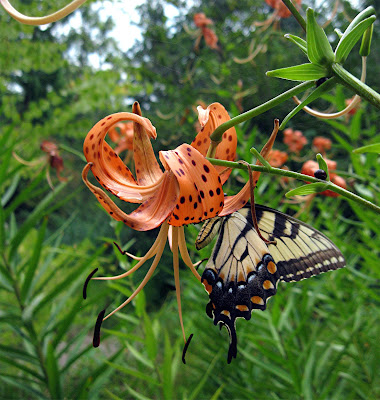 All of a sudden there are butterflies out the wazoo. At the risk of repeating myself I will again wonder aloud "what factors control the timing and numbers of butterflies in the garden?"
Posted by ChrisU at 3:46 PM 2 comments 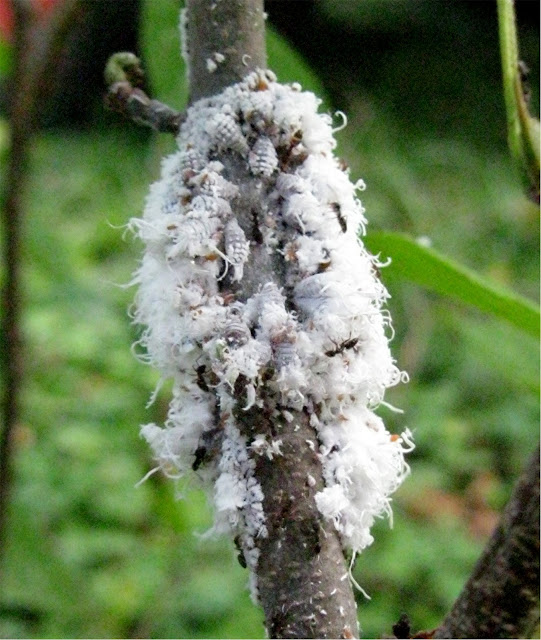 It's such a cliche; the ants protect the mealybugs and harvest the honeydew...but there they are. Ed spotted them on the project this morning. He's got an eye for fauna.
Posted by ChrisU at 3:42 PM 0 comments 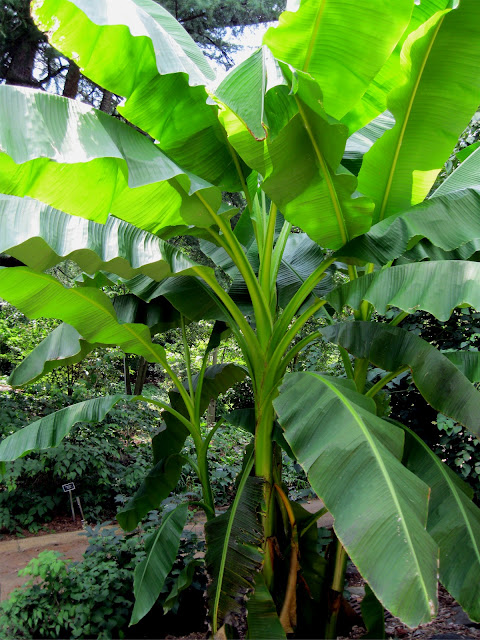 There isn't anything for scale in this picture, but the plant is about 15 feet tall. This species doesn't often flower or fruit in the DC area but I'm betting this will be the year.
Posted by ChrisU at 3:37 PM 1 comments 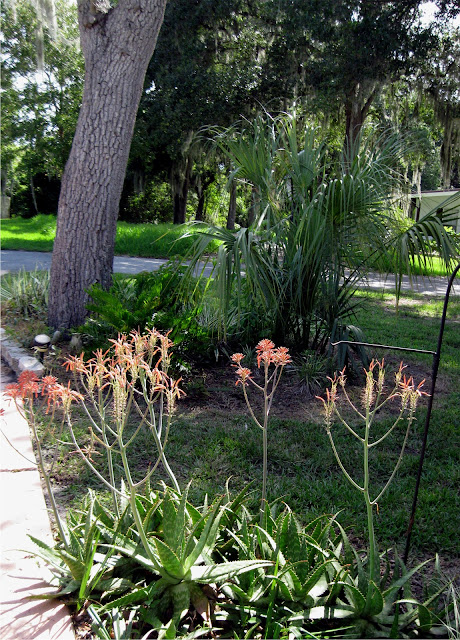 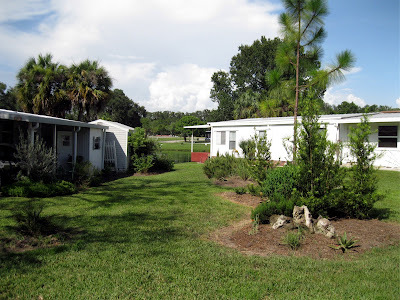 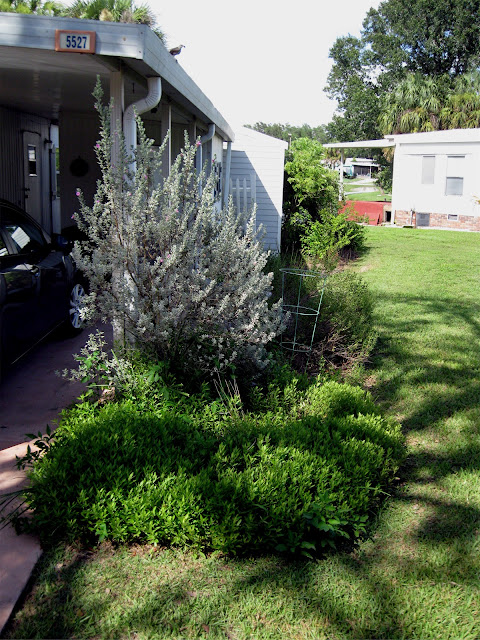 It had been raining for almost a month so things were lush. We hadn't been there since January so the weeds had quite a start. Usually in spring, I edge the beds with glyphosate and that stops the St. Augustine grass from invading them; at least it slows it down a lot. Missed that this year. Also missed the weeding of the beds that might have decreased the total mass of weed growth. But hey, alls well that ends well and they're all weeded now. Plus the fire ants had a way to relieve their frustrations. My hands are healing.

I love the Aloe saponaria that's flowering in the top picture. So do hummingbirds and we saw hordes of them and lots of  butterflies too. The aloe came with the house but I've been propagating and moving it along almost from our first visit. The clump in the picture has all grown from one large rosette that I moved across the garden to that space by the driveway. I've established about half a dozen more potential colonies, and though none are this large yet, all of them had at least one flower spike with active flowers. It's cool to watch the hummingbirds serially visiting.

The Pinus palustris, Longleaf pine,  in the middle picture has grown, in six years, from about a three foot plant to just bout 20 feet tall. I love the species and this individual plant. It's an iconic pine of the Coastal Plain, growing from Texas north to, or almost to, Maryland.

The silvery plant in the front of the bottom picture is Leucophyllum frutescens, Texas sage;  the groundcover beneath it is a scrub native, Dyschoriste oblongifolia or twinflower. It's spreading nicely and with luck, will cover the entire bed in another year or so. Leucophyllum is one of the toughest plants I've encountered. Once established, easily, it can live cheerfully through months of 90+ temperatures without any significant precipitation. I love the twinflower; it would be nice if it were evergreen, but it takes all kinds.
Posted by ChrisU at 3:13 PM 0 comments