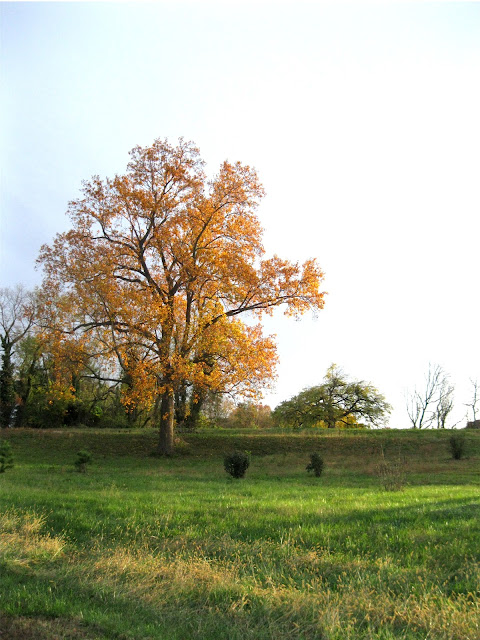 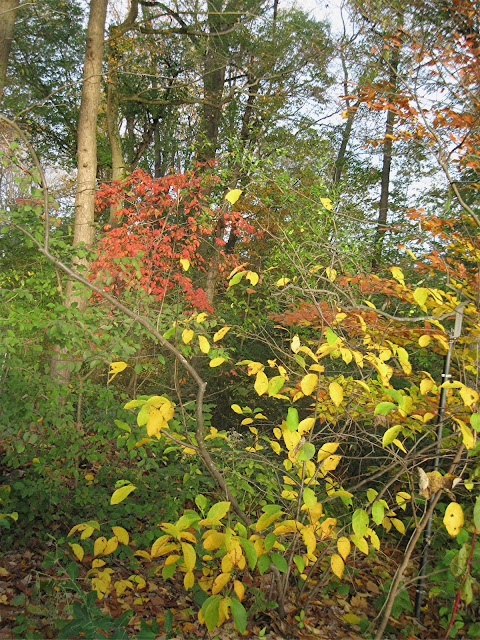 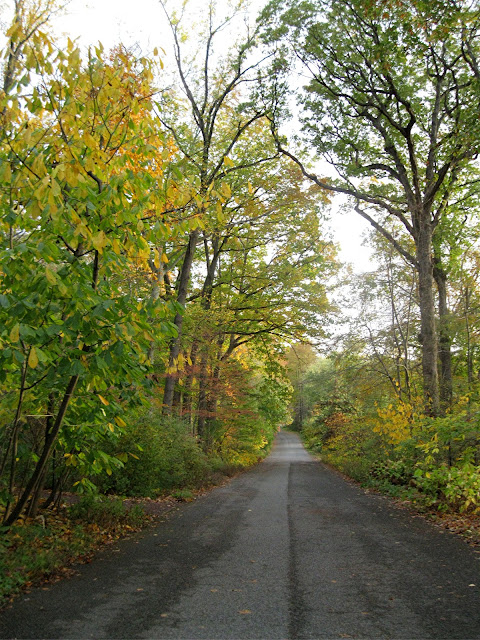 Sandy knocked down a few trees but that's all. The top picture is of "Legume Hill" and the smallish looking mounded tree to the right of center is a huge Osage orange. Everything's relative perspective and all. The bottom two pictures I took on the road in Fern Valley. The bright color in the middle is Oxydendrum arboreum, Sourwood.
Posted by ChrisU at 3:45 PM 2 comments

I missed he superstorm's interraction with the Arboretum 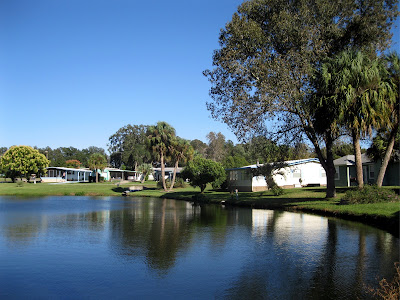 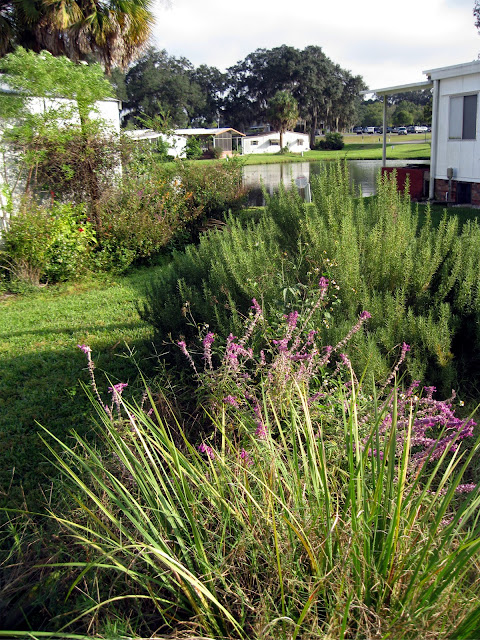 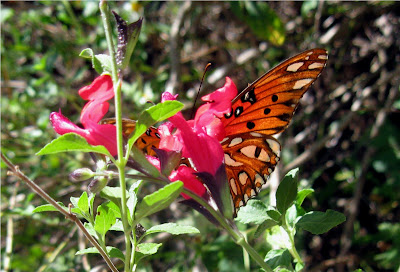 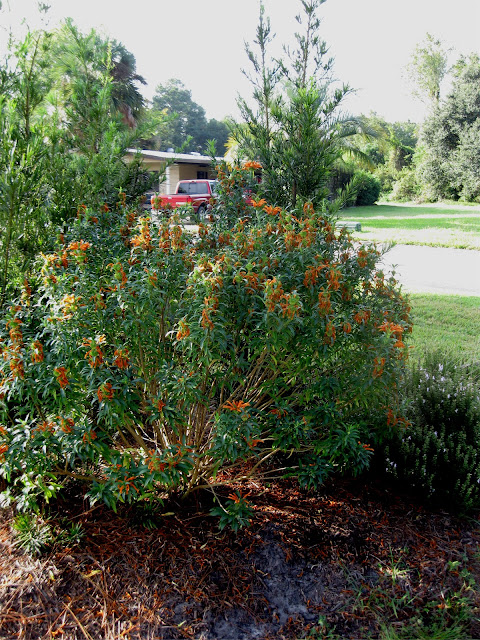 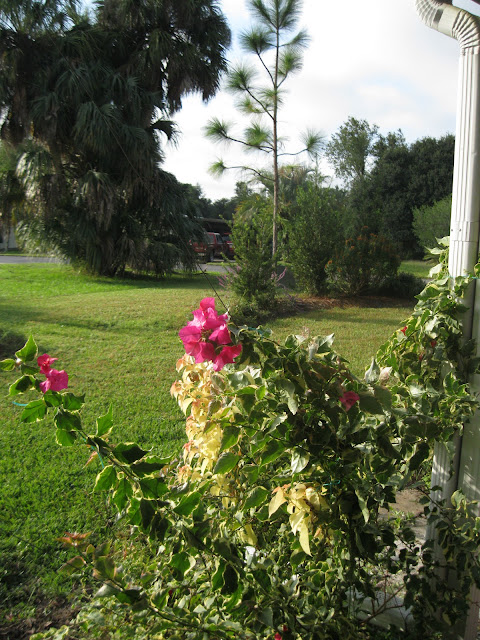 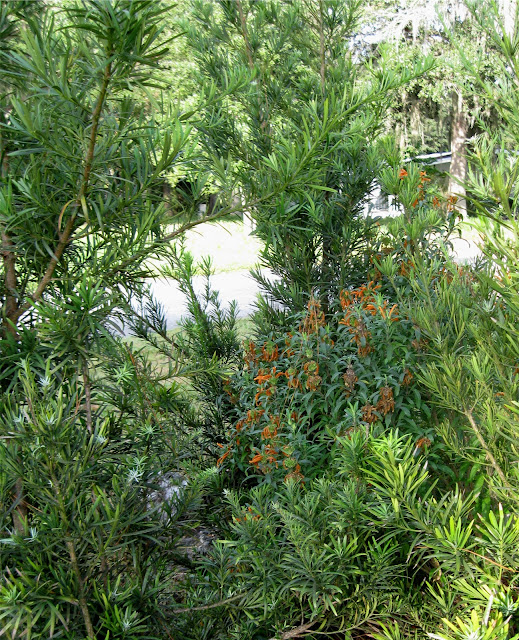 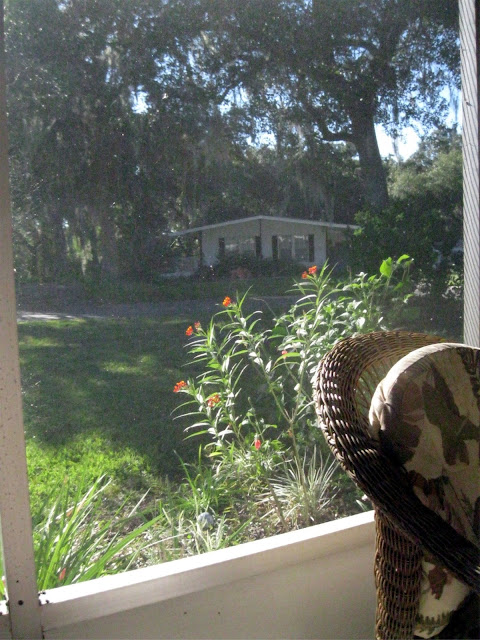 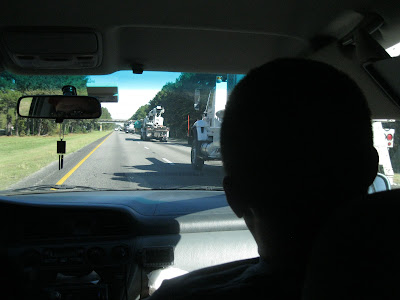 We popped down to Florida for my sister-in-law, Lissa's 50th birthday party. The weather down there was beautiful but cool, that is, cool by Florida standards. The garden, though much in need of weeding, had as many different plants flowering as I've ever seen. The few times we've been down in the fall, have all been in November, by which time the dry season has begun to take effect and the plants are variously quiescent. Dozens and dozens for bloomers this time. I had hoped to see the leonotis flowering and I wasn't disappointed; it's become a shrub 5 feet tall and more than that across and it was covered with orange flowers. Lots of salvias flowering and camellias and osmanthus, Aloe saponaria, and on. Though we weren't' there long, I managed to get a good deal of weeding done. It's easier every time. I was only bit by fire ants one time! That makes things go faster.

We drove down as there were four of us, and encountered convoys of utility trucks headed north. In the bottom picture we're headed north with them. Last Friday, headed south, there were already hundreds moving in anticipation of what was to come. I'll head in to the Arboretum in an hour or so; Carole tells me that we sustained only minor damaged. We were fortunate. What a nightmare farther north. There is no bright side to such a tragedy but I have to think that it will translate to actual jobs. Human beings are needed to repair that damage and it can't be outsourced, automated, or computerized. The markets have been climbing, foreclosures are down, unemployment is incrementally easing but it's frustrating to see the "economy" recovering without the creation of adequate numbers of "living wage" jobs.
Posted by ChrisU at 3:02 AM 2 comments