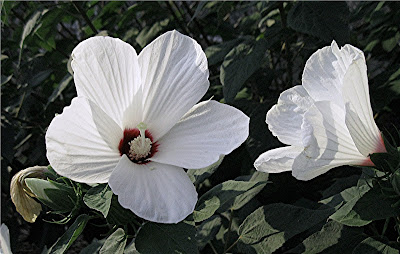 It appeared three or four years ago, probably germinated from seed that fell off Pat's Mitsubishi. He has a large drift of these in the Holly Magnolia Collection. In a horrible environment: soggy in the winter and parched in the summer, it's been getting progressively larger each year. It's about four feet high and as wide. I don't know exactly what it is: Hibiscus moscheutos occidentalis, H. lasiocarpos occidentalis, H. occidentalis?? I t doesn't really matter; it is what it is. The cheerfully optimistic flowers that arrive, dozens at a time, in the crushing heat of August belie the general malaise and languor that is the cumulative effect of too much summer. This July just ended as the second hottest July on record. It was edged out by last July only because of an inexplicably anomolous high temperature of 71F two weeks ago. Maybe we can get the hottest August. Unlike last year when we had major irrigation problems, the systems have run, we've had some rain, and the Arboretum grounds are green and inviting.

The tropicals do love this heat, provided we can supply them with plenty of water. Katie fertilized roses, bananas, and gingers in the Asian Collection yesterday. Now we wait for rain, or Sunday when our major irrigation happens, and stand back. I bought three cutting of crazily colored plumerias just over a year ago and potted them together. I put a piece of Chrysothemis pulchella in the pot. The plumerias are finally putting on heavy growth and the chrysothemis is flowering. Since all three can sit through winter basically bone dry, it's a good combination.
Posted by ChrisU at 4:50 AM 0 comments

Something about the light or the mist; Fern Valley Meadow/Prairie area was bewitching this morning 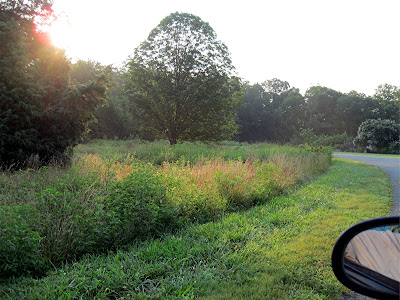 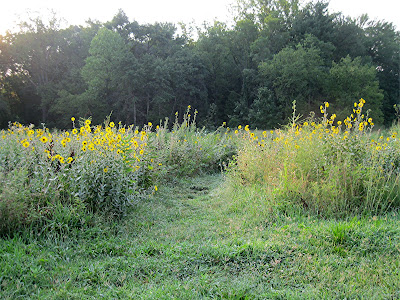 The path at the bottom is a new entry to the Prairie Loop Trail. I've always loved the Ash in the top picture; it's particularly nice in the morning.
Posted by ChrisU at 3:47 PM 0 comments

"All right Mr. DeMille, I'm ready for my close-up." 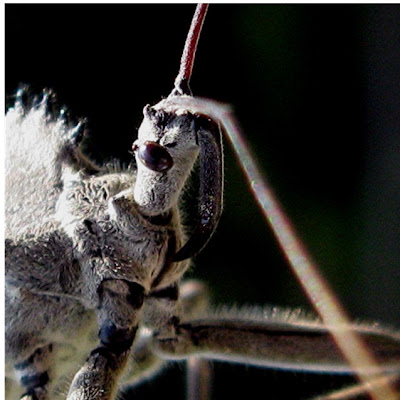 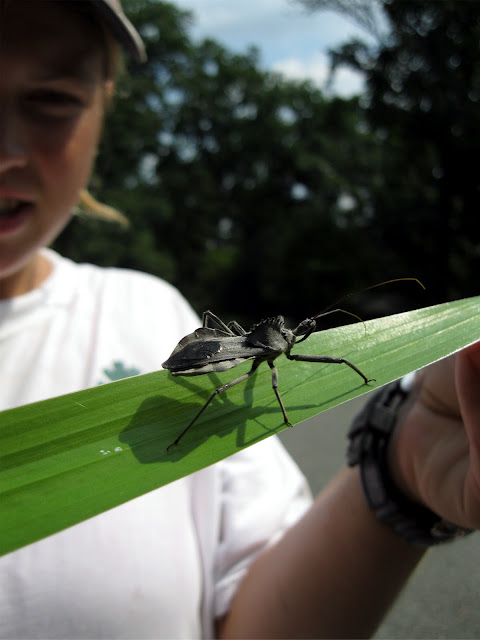 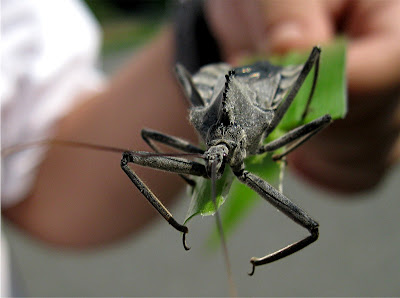 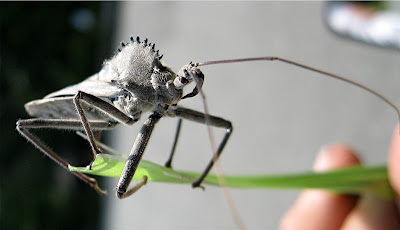 We put a little organic fertilizer out today on the roses, the gingers, and the bananas. By which I mean Katie put the fertilizer out during the course of which she found this excellently large Wheel bug. It wasn't till after we did research that we realized we ought to have been more careful handling it. That vicious beak imparts a worse sting than a wasp, hornet, or yellow-jacket. The Wheelbug injects enzymes through it to digest its insect victims; those same enzymes can cause long term pain and injury to humans. They are serious insect predators so we were happy to see it. Actually we think that this one is a female because they are larger and we don't want to consider the fact that we could be sharing the garden with a bigger version of this!

There's something about this damned bug that calls to mind movies: can you say Skeksis?
Posted by ChrisU at 3:42 PM 0 comments 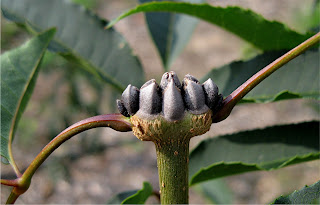 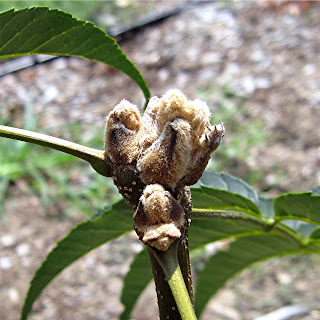 Get a load of the terminal bud array on F. stylosa, I've never seen anything like it. The growth bud in the middle is flanked by, I assume, two buds that will produce the paniculate inflorescences next year, Two buds that will grow into shoots, and two tiny leaf buds. Wow.
Posted by ChrisU at 4:10 PM 0 comments