The tropicals are in for the winter 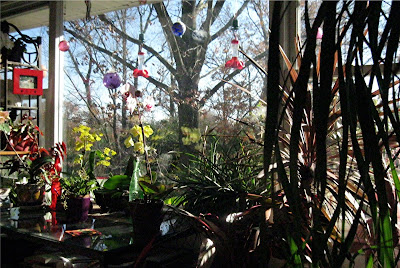 They're spread out across the south facing windows in the living room. From my chair I see them through the leaves of Gordon, Karen's 30+ year old ponytail palm. I guess it's time to take the hummingbird feeders in and wash them for the winter. The last hummingbird has long since headed for warmer climes.
Posted by ChrisU at 5:41 PM 2 comments

Dawn Redwoods in the morning: I am forunate to be able to pass this planting many times a day. 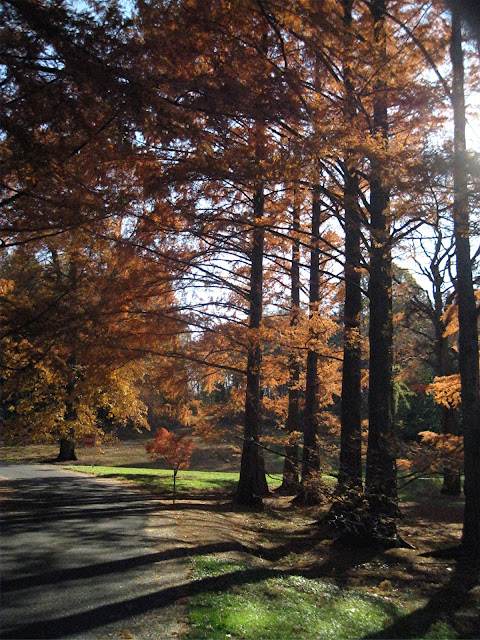 Thanksgiving is a good reference but not a perfect one for watching the progress of fall. The holiday migrates a bit from year to year, but even considering this is an early year we seem to have a lot of leaves still on trees, and a lot of color. Many years we would be down to the subtler shades by now, like these metasequoia. This year many of the Japanese maples are hanging in with fiery colors too brilliant to seem real (there's a little one in the middle of the picture) . Crape myrtles here and there are spectacular and the Cotinus aren't quite over. Every season is different every year though; the large hickory in the left background is usually an electric golden yellow for a week or so and seems to have skipped that this year. Temperatures, though still a few degrees below average, have come up enough to be pleasant and we're having our share of sunny days: perfect conditions for fall camellias. 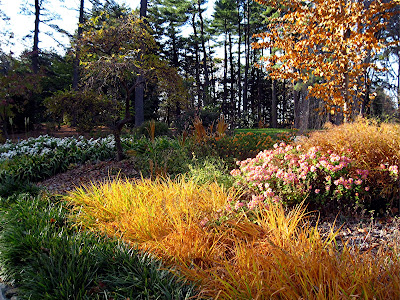 I knew this early-flowering species daylily had wonderful foliage (neat, clean, and green all season), I just never noticed the wonderful fall color. This planting grew from wild-collected material. We're going to have to divide it and move it around a bit next year.
Posted by ChrisU at 2:16 PM 1 comments 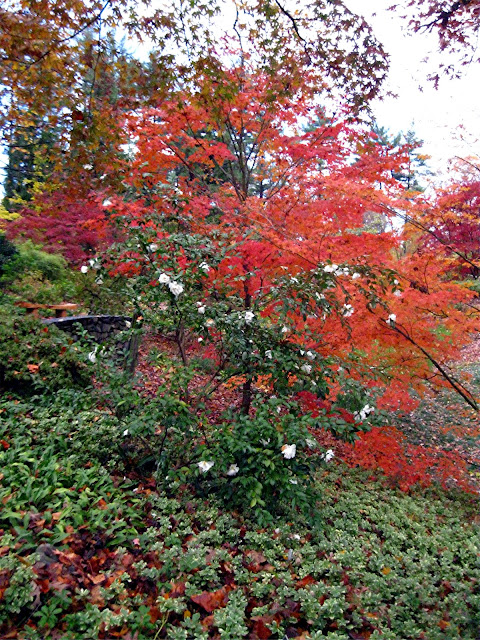 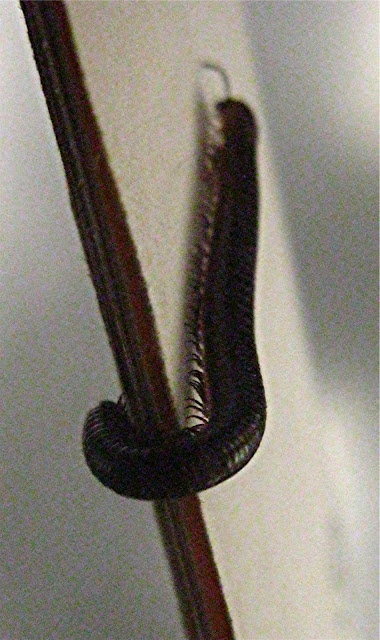 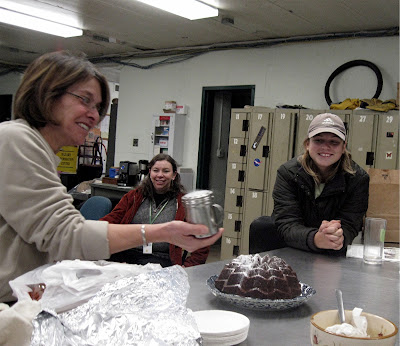 Philip will be here into the new year and Piper has been permanently hired as an ASRT, but the rest are gone. I'm always a bit sad when they go. I like and appreciate my co-workers, but there's just something about the enthusiasm and sheer energy of  a handful of twenty-somethings. Katie is looking forward to returning to the warmer temperatures of Southern California and we wish her well. Next year we'll have a new crop.
Posted by ChrisU at 2:46 PM 2 comments

This is a test....will rain fall in Washingtn DC today or tomorrow? 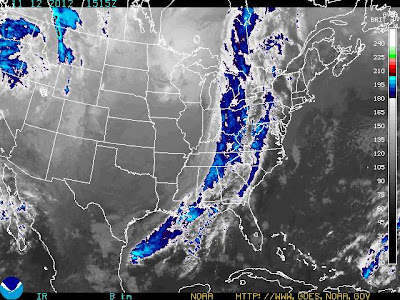 Correct. "No" is the right answer; just because this contiguous line of rain stretching from mid-Gulf of Mexico to....say the Arctic Circle is moving inexorably east doesn't mean Washington DC will get rain. At some point, predictably but inexplicably, an opening will form and the rain will flow to the north and the south of the city leaving us relatively dry.

I apologize if I sound resentful, hey we don't even need rain and I know much of the country does. It's just fascinating to me that this can happen over and over again!
Posted by ChrisU at 8:23 AM 2 comments

November morning in the Adelphi Garden 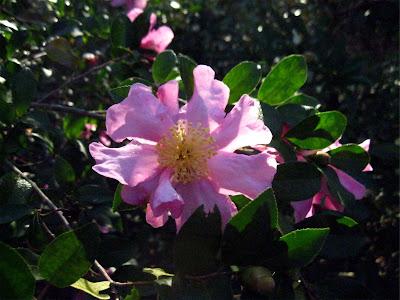 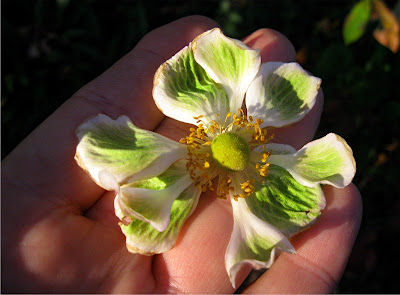 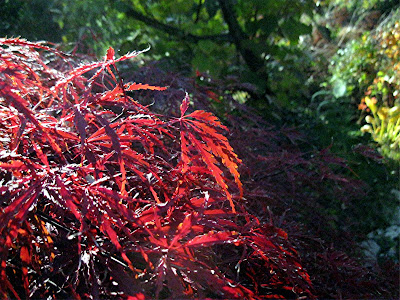 Here in DC, Sandy didn't have much effect, but we did just experience a week or so of gray weather with temperatures more than 10 degrees below what we might have expected. Bleak, it was bleak. This weekend has been wonderful though: sunny, warm, no wind to speak of. It's as though we've transitions from mid-December back to October. I took my usual morning walk through the garden with the dogs. I was interested to see that one new "hardy" banana, Musa itinerans 'Mekong Giant' was almost completely melted down by one night of temperatures barely below freezing. The two plants at the Arboretum were similarly trashed. I'm not sure what this means; multiple planting of Musa 'Basjoo' in the same areas weren't similarly affected. Mekong Giant is supposed to be hardy to USDA Zone 6 but none of theses plants have been outside overwinter. We'll see.

The anemone flower in the middle is aging oddly. I wonder if it's virused? The leaves were unusually large this year as were the flowers. Now instead of dropping their petals, the petals are producing chlorophyll and wrinkling. It's 'Honorine Jobert', a classic single white.
Posted by ChrisU at 7:07 AM 0 comments