Okay, there's no picture. The robins wouldn't stand still long enough, close enough for a photograph and the mass of ?? ~1 pound!!! of earthworms was so disgusting that I deleted the picture. In retrospect probably a mistake. The rains seem to have ended and in dry periods earthworms mass together in large groups to conserve water. While I was blowing debris off the path I happened upon a mass maybe 18" long, 2" high, and a foot across, a LOT of earthworms! Unfortunately I had dispersed the pile and mixed in leaves, petals, dried catkins, etc.. It wasn't pretty....it wouldn't have been pretty anyway.

Every summer in Fern Valley we dreaded the "attack of the robins". Starting in late June or early July, the robins went berserk, uprooting leaves, mulch, soil. They littered trails as fast as we could rake or blow them. Smoothly mulched beds became areas of riotous disorder. Now I know what they were looking for. A giant mass of "aestivating earthworms". I can't imagine what it would be like finding that clot of writhing worms if I were a hungry robin, but wow! It's no wonder they persevere!
Posted by ChrisU at 6:15 PM 1 comments 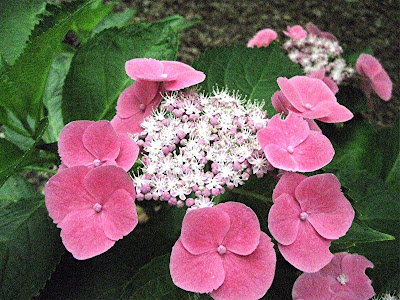 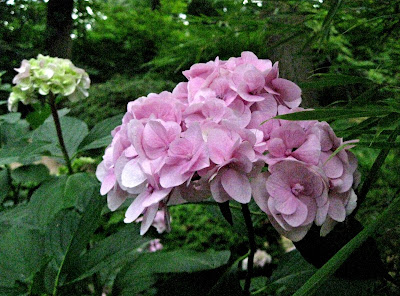 Hydrangea season has been going on for almost three weeks now and most varieties are on their way out or just about gone....not all of them though. I have been watching the nice soft pink double mophead 'Domotoi' and just now have some of its heads reached maturity; still if you look towards the back of the picture there are heads that still have a week to go before they'll color up. It's always good to have selections available to stretch the season.

This season was easily stretched with its superabundance of rain and generally cool temperatures. We got our money's worth from all the Hydrangeas this year!

'Zankoriana' is fully open and the flowers are perfect; it's a spectacular plant, but curiously, unGoogleable. I must investigate further.
Posted by ChrisU at 4:19 PM 0 comments 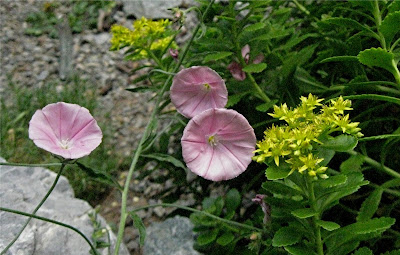 This is a pretty plant, or more accurately, a plant with pretty flowers. The rosette is not eye-catchingly beautiful, but these flowers, the size of Susan B Anthony dollars, float on wiry stems for a wonderful effect. The plant has flowered from seed planted last fall and had 14 flowers today.
Posted by ChrisU at 4:12 PM 0 comments

I don't know who this is but He/Shes pretty! 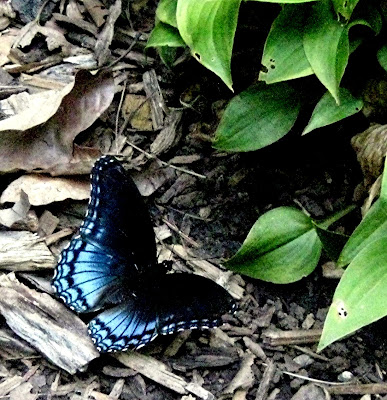 I haven't seen all the butterflies in the area, but I have spent the last 50 years or so largely outdoors and I don't recall ever seeing this one. Of course the memory isn't what it once was! What with "wedding excess" and all I guess it could be a release and might be native to Fiji or India or anywhere! Last Thrursday as Terry (Asian volunteer) was leaving we watched this butterfly behaving strangely on the gravel path. There was speculation that it was dying, but yesterday, one week later, as Betty (Asian volunteer) was arriving, we saw it flying happily in the same place. This time it sat still long enough for me to photograph it.

The coloration is pretty distinctive so I expect that as soon as I get hold of my butterfly field guides I'll be able to ID it. They're in Florida so that'll be two weeks from yesterday, but who's counting?! Me. I'm planting a lime this time. No one in the community has a lime and I like them for cooking and bartending. Chris Carley recommended some varieties. Maybe We'll plant two different ones but I hate to dedicate that much space to one fruit. We'll see.
Posted by ChrisU at 2:39 AM 1 comments 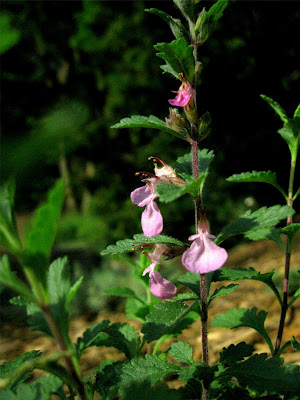 Attractive pink flowers on a low mounding/spreading? evergreen? We'll see!
Posted by ChrisU at 2:35 AM 0 comments

Perovskia is a great large perennial for a hot, dry, sunny location 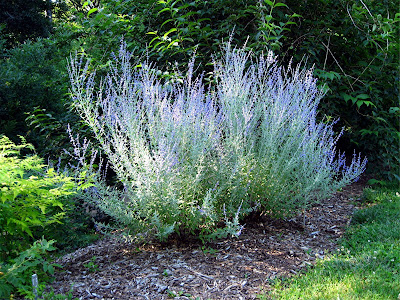 These are nicely sited. I wish people paid more attention to the ultimate size of this plant. They don't look good wedged into an inadequate space. These are along the road at the top of China Valley.
Posted by ChrisU at 3:05 AM 0 comments

Before and after pictures of BIG weeding project 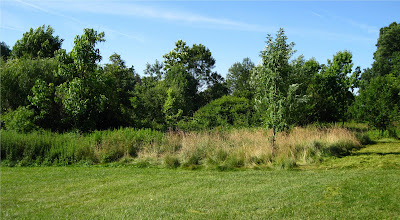 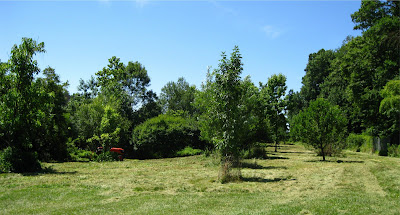 Ed, Nathan, and I worked with a tractor bushhog, a walk-behind mower, a chainsaw, and a weed whip to prepare this area for its return to civilization. I am always amazed at the power of mechanical devices! We did a 2-3? acre area and now all that's left to do is a little hand removal and mulching.

The plants we cut ranged from Ground Ivy to 15' Callery Pear seedlings. There were huge stands of Mugwort, Artemisia vulgaris, and Purple Loosestrife, Lythrum salicaria. Some of the work was done by hand; we removed large amounts of vines including Ampelopsis, Mile-a-minute, and others. We piled them up and Ed chipped them with the bushhog.
Posted by ChrisU at 2:46 AM 0 comments

Silphium laciniatum and Euphorbia corollata in the Fern Valley Prairie 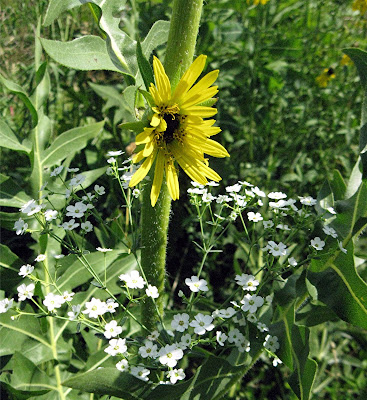 I like both of these plants and both are easy.The The thick sculptural leaves of the Silphium and its height make it an interesting plant for the back of a perennial border while the airy lightness of the Spurge provides a good counterpoint for many of the bolder summer perennials.
Posted by ChrisU at 2:49 AM 0 comments 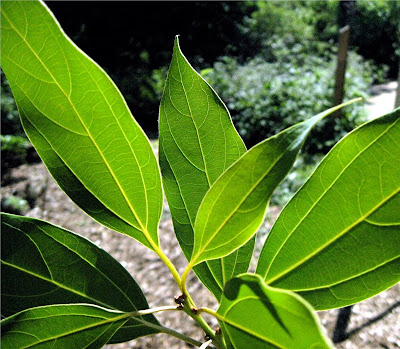 Another interesting evergreen from China.
Posted by ChrisU at 2:15 PM 0 comments