We had a mini fieldtrip to Kenilworth Aquatic Gardens this mornng 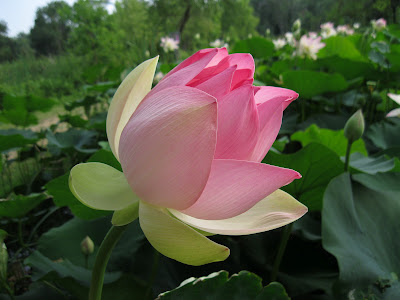 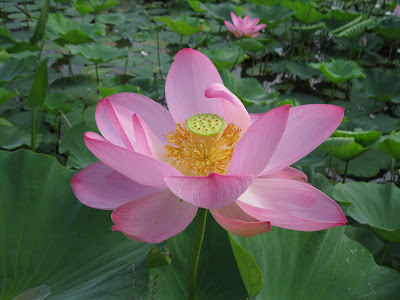 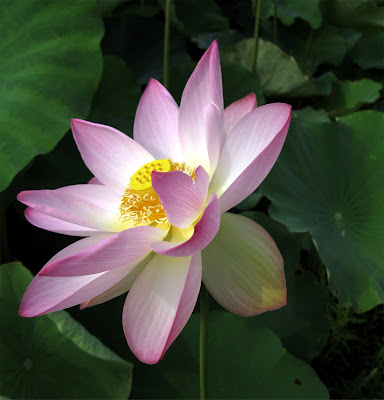 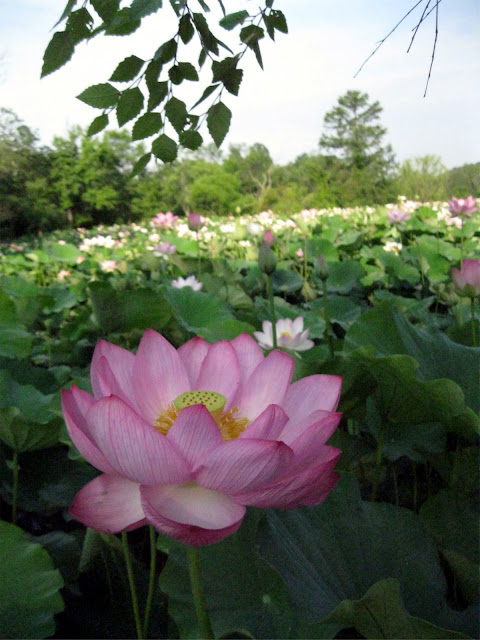 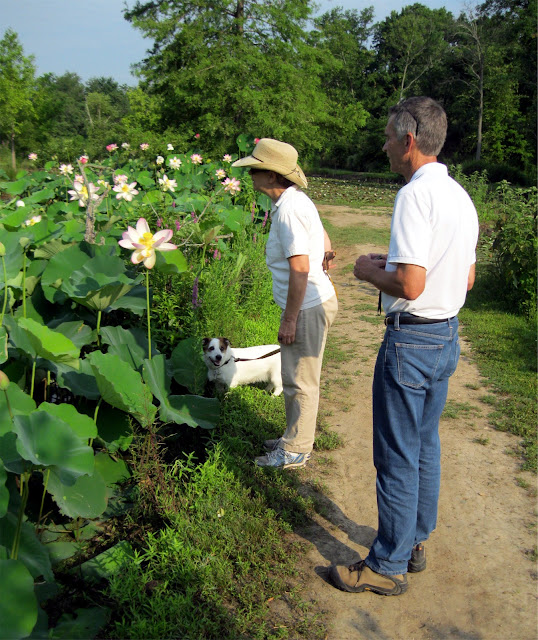 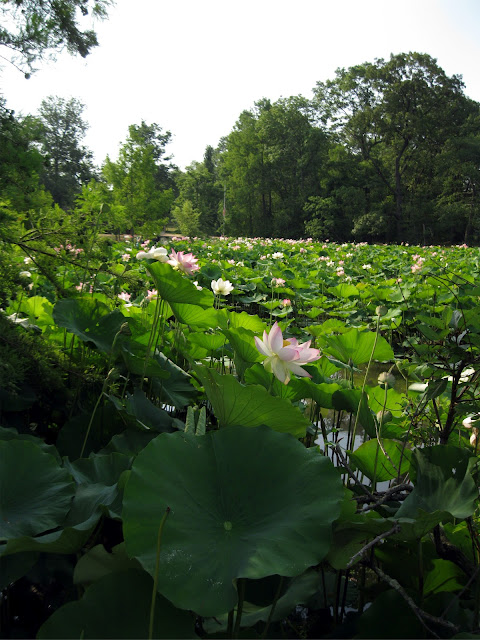 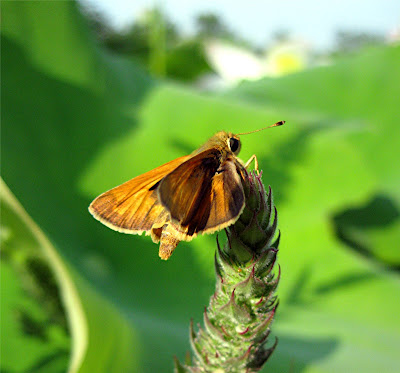 Various staff went and we were back in two hours. It's about a 10 minute drive although the garden lies just about directly across the Anacostia River from the Arboretum. The recent spending bill that appropriated money for roads, bridges, etc., included 10 million dollars to complete the Anacostia Trail System. There are rumors that that will include a pedestrian footbridge between our two gardens. That would be nice but I'm not holding my breath.

The lotus are in bloom, obviously. I never know how to feel about such a superabundance of beauty.  One flower, one bud even, is unbearably beautiful. We were surrounded by acres, thousands upon thousands, of flowers. Damn, it just seems like too much.

Joan brought Scout, her dog. They're shown with Chris Carley admiring the flowers.
Posted by ChrisU at 3:03 PM 1 comments

It's not a beryllium sphere, it's a seedhead from Magnolia macrophylla 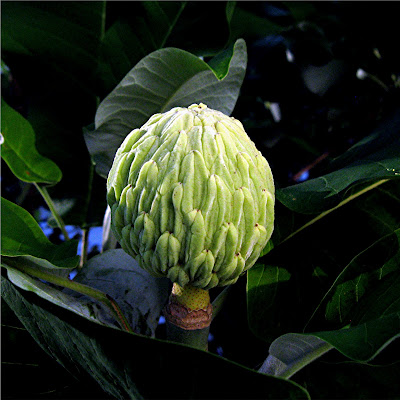 It looks me in the eye every day just across the side deck from the front door. You can't see it in this photograph, but it's one organized, geometric, grounded item floating in a sea of random growth. There's something about that that appeals to me. 2,500 years after the Greeks began a quest to find constancy amidst the perpetual flux of the world the concept still resonates. I'm not sure if that's a good thing or not. I suspect it's a good thing to embrace the disorder of the world. I'm still trying but I'm not sure I'm making progress.
Posted by ChrisU at 3:43 PM 1 comments 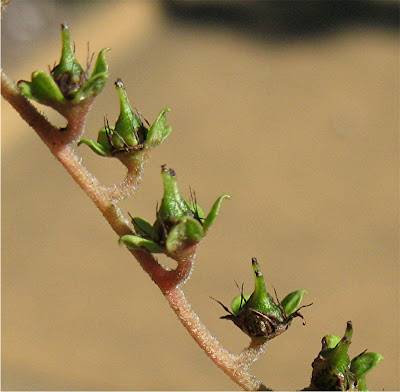 I like the beaked ovaries. Does that mean I'm a bad person?
Posted by ChrisU at 3:35 PM 0 comments 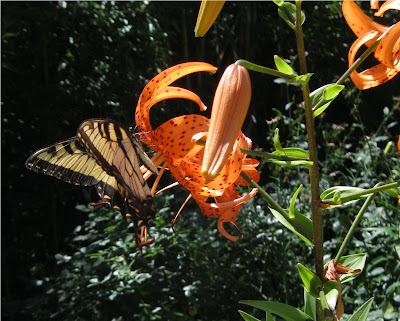 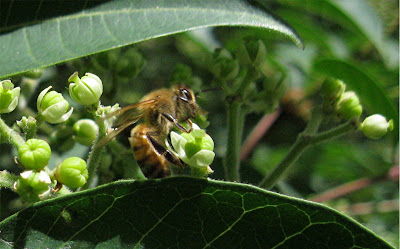 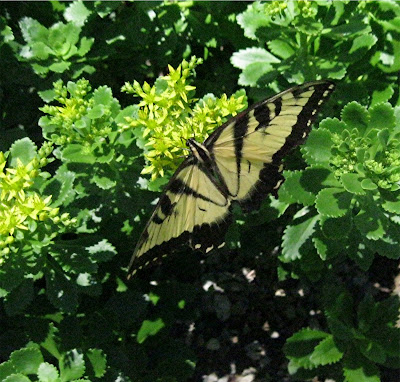 Actually, lots of them are here already. 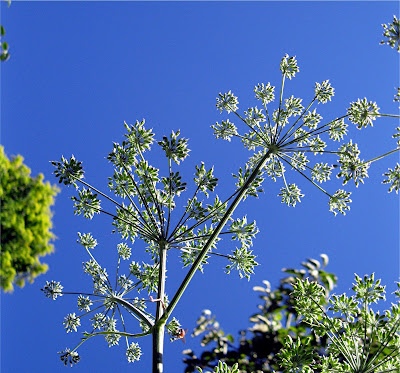 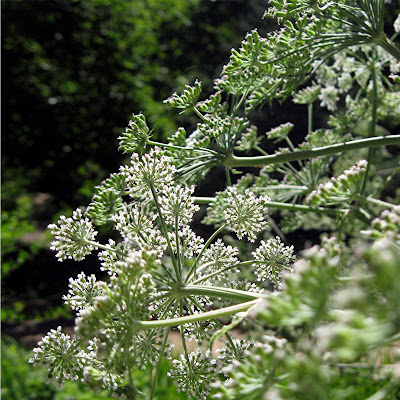 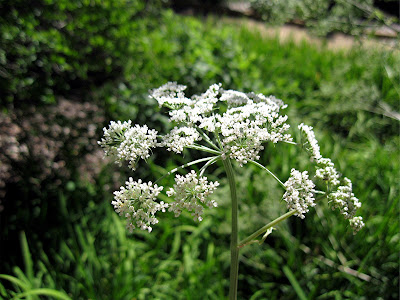 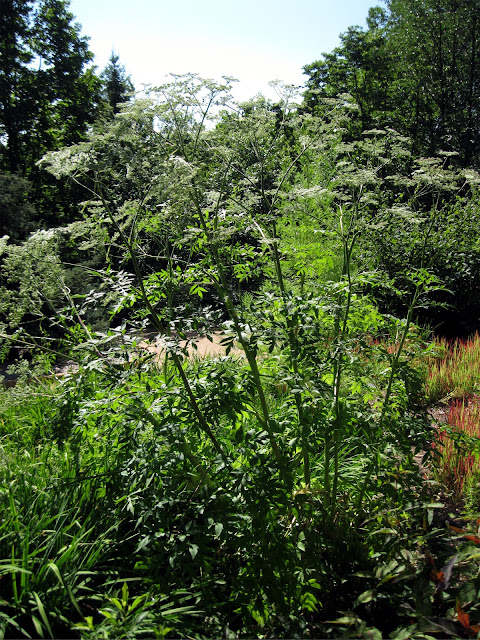 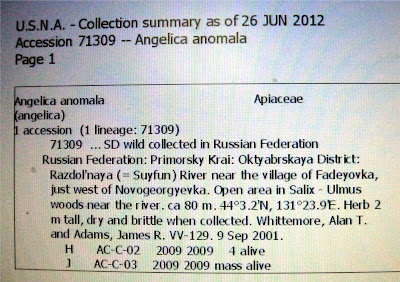 looked nice today. Usually I dismiss it as big and....well...boring but I took a closer look. Actually I was looking for soldier beetles. I didn't find any but there's something about umbels that's hard to resist; they're so geometrical or something.
Posted by ChrisU at 3:32 PM 1 comments 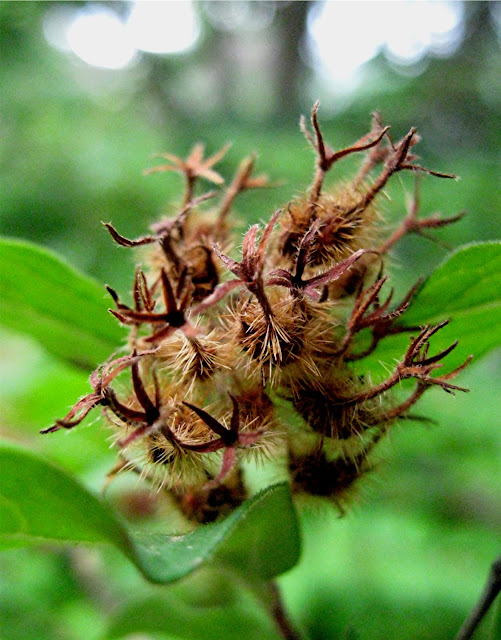 It's cool isn't it? I've been coming around to this plant over the last couple of years. It's both big and gawky, but beautiful in bloom, a little bit fragrant, and these curious arrangements have to be considered a plus.
Posted by ChrisU at 3:26 PM 1 comments

Hovenia dulcis, the Raisin Tree. I've been waiting for this to fruit for four years 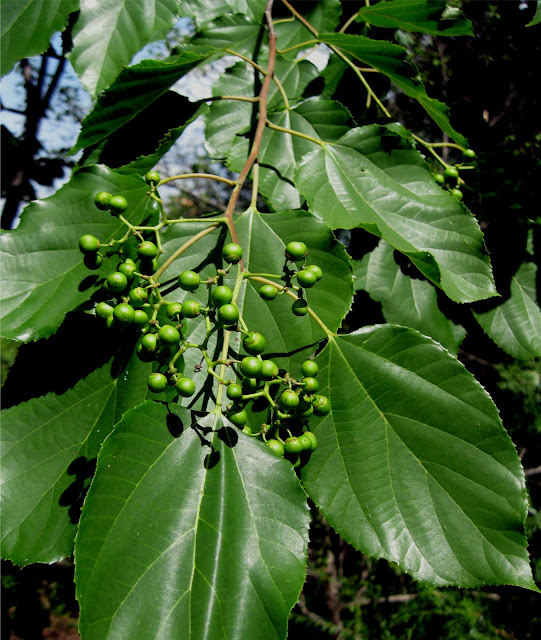 since I came to the Asian Collections actually. USNA 72460-H, it's a NACPEC collection from Shanxi in 2002. I know the story of this odd edible "fruit" and I've eaten them, but never collected the fruit. As the fruit ripens, the peduncles (I don't know the plural of rachis...rachises?)  swell up like little knobby sausages and when dried are eaten like raisins. I'd say they taste about as much like raisins as jujubes do dates. I like them though, and I'm looking forward to tasting some "home grown".
Posted by ChrisU at 3:13 PM 0 comments

The live oaks can grow a new crop of leaves, the grass will turn green, and the children will have shoes... 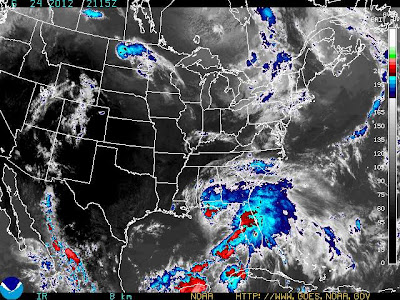 ....actually the children aren't children anymore and they do have shoes, but it's nice to get a healthy rain. And while it seems petty to quibble...if it could just stop before the pond reaches the house...

The top red area on the right is centered~ over the Florida garden and I can only say that this is wonderful timing. We're going down Saturday morning and it'll be great to see everything green and hydrated. It might even make up for the high humidity and the 90F+ temps. Hey, I haven't seen the garden for 5 months so I'm psyched.
Posted by ChrisU at 3:25 PM 2 comments