Definitely worth a quick read!
Posted by ChrisU at 4:11 AM 1 comments 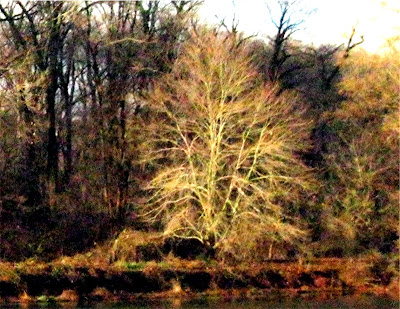 It rained hard last night, almost an inch. We could have had 8 inches of snow. Except that it's too warm. 50+F today and 60 yesterday. There was no traffic to speak of this morning so I got to the Arboretum early and spent half an hour cruising and looking. The air was clear and the sun lit things with that curious sideways light reserved for the ends of winter days. The trees on the far (west) side of Beech Spring Pond accepted the light gracefully.

This was my last day in the gardens for over two weeks; that's sad in a way but they'll be here when I come back. Anyway I paid particular attention today.
Posted by ChrisU at 12:50 PM 0 comments

Rohea japonica, the Japanese Sacred Lily in China Valley by the steps in bed C-5 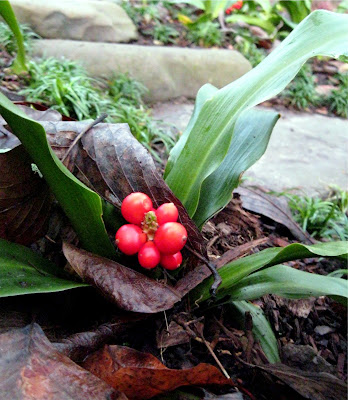 This is our "large berried" form. The fruit is, I would guess, half again the size of typical Rhodea fruit. This planting is showing off its fruit nicely this year because the volunteers divided them severely and rearranged them artistically. Before they were divided the foliage was so thick that the berried only peeked out here and there. At least this year though, they're all hanging out!
Posted by ChrisU at 3:05 PM 0 comments

December 22 in the Asian Collections 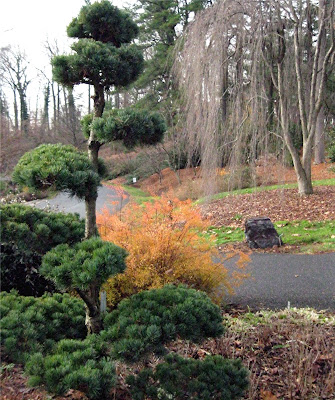 And there's that darned Spirea thungergii 'Ogon'. It would be special even if it weren't framed by the Five-needle pine, Pinus parviflora. Part of the large weeping Katsura are visible in the right background.
Posted by ChrisU at 3:03 PM 0 comments 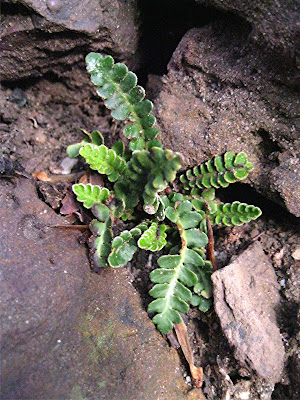 It's out of the greenhouse and in the collection. I love this fern; click here to read my previous ravings about it! It's not immediately apparent from the photograph, but it's now growing in a vertical wall.
Posted by ChrisU at 2:59 PM 0 comments

First sunrise after the winter Solstice 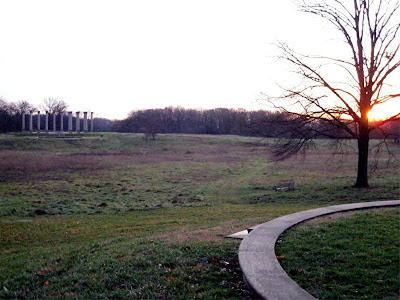 The days are getting longer now, 1 second today, and in three months if I stand at this same place at sunrise, basically facing east, I'll see the sun rising through the Capitol Columns. It will have moved that far to the north.
Posted by ChrisU at 2:55 PM 0 comments 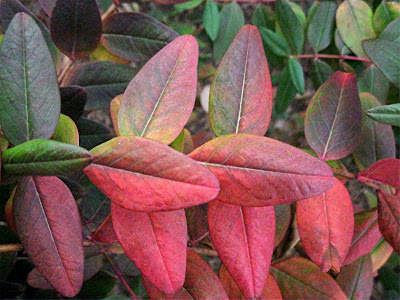 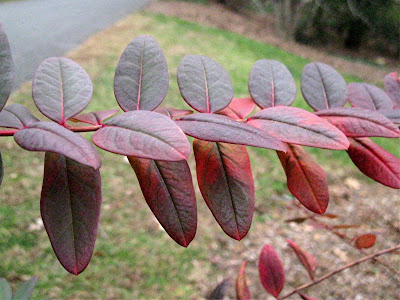 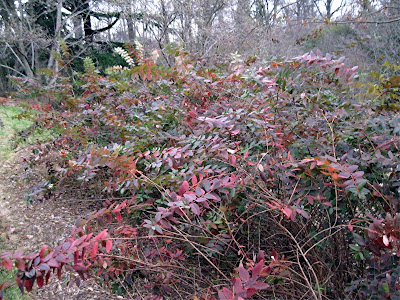 I've been walking through the collection this week internalizing. I'll be away for two weeks and I want to crystallize it in my mind so it (my mind) can work while I garden in the south.

This bank of St. John's wort grows at the top of China Valley close to where the turf reaches down to the paved path. Like most other Hypericums, it'll lose most or all of its leaves before winter's end but it's a nice touch of color now. It has those orangy reds that pop up her and there in retained winter foliage. Nandinas, mahonias, itea...maybe not colors you'd want to emphasize in the spring or the summer, but welcome nonetheless in late December.
Posted by ChrisU at 4:23 PM 0 comments 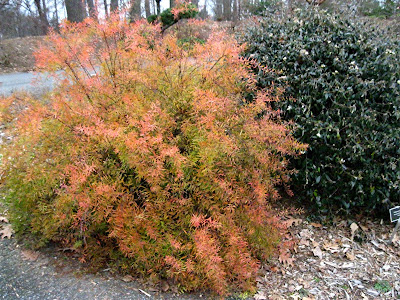 Spireas aren't my favorite plants; they're....they're...utilitarian. No, that's not fair. They're dependable, many of them have interestingly colored foliage, the flowers are pleasant enough. Many of the various cultivars reflower if sheared after their first flowering. Some of the x bumalda types have red, yellow, orange foliage though it normally viridesces to some degree. I guess it's chemistry. They just don't do it for me.

I love this one though, and not just because it's flashy. The wispy foliage gives the plant a "light" feeliing unlike it's stockier cousins. The white flowers on naked branches appearing just as winter turns to spring are so small they'd be overlooked any later in the season. But they're a pleasant harbinger of spring. The foliage emerges yellow and stays that color through the season, only reverting to green in quite shady locations. The fall color isn't always this bright; often there isn't so much red in the mix but it's dependably a rich yellow and when it gets this amazing color and holds it to January, well, that's a bonus.
Posted by ChrisU at 3:13 PM 0 comments 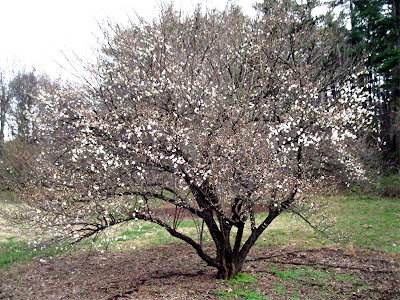