The anemones are dominating 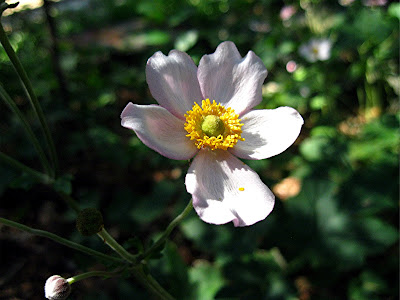 It got to 97F today but the air was clear and, except for being soaked in sweat, the day had the look of fall about it. Sharp sunlight dissected by foliage into bright light and shadow. Throughout the garden, at work and at home, I came upon flowers spotlighted by the sun against backgrounds green backgrounds sometimes fading to black. Anemones, hostas, tricyrtis at work and Campsis, phlox, asters at home. It just felt like a day that should have been crisply cool. But it wasn't.
Posted by ChrisU at 4:49 PM 0 comments 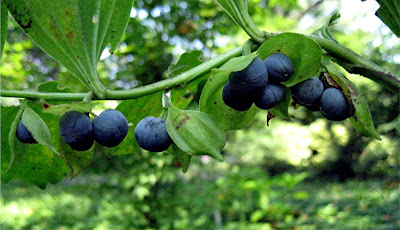 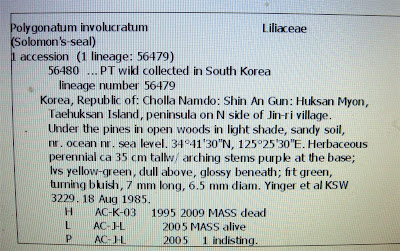 I like Polygonatum and I've felt sorry for this one for several years. If you look at the collection notes, it says 35 cm tall. That's barely tall enough to peek over the top of a healthy mass of pachysandra. One of our colonies had, in fact, been eaten by pachysandra. It seemed healthy enough but the interesting arching form was lost, swallowed up actually. And the beautiful fruits were, for the most part invisible too.

Today was volunteer day and the weather wasn't so bad by absolute standards; the temperature reached 88F but the dewpoint was near 60 so the air was dry. Still, what might have been a pleasantly hot day in June has morphed into something no quite so pleasant. There is a cumulative effect to the heat of summer. For me at least. Betty, Julie, and Nancy gamely showed up and we did a variety of garden grooming tasks including removing the pachysandra that had swallowed this colony of polygonatum. I feel like we did a good thing.
Posted by ChrisU at 2:55 PM 1 comments 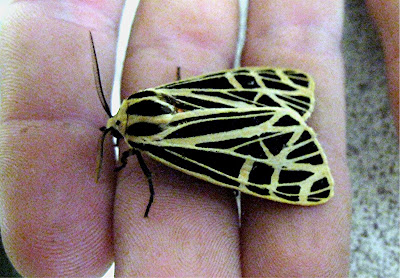 Joe found this interestingly patterned moth yesterday. It's a member of a fairly large family of moths, the Arctiiadae. The black and brown "wooly bear caterpillars" are members of this family.
Posted by ChrisU at 5:01 PM 1 comments 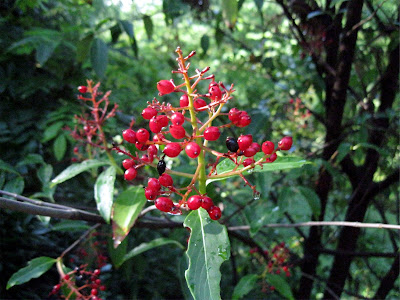 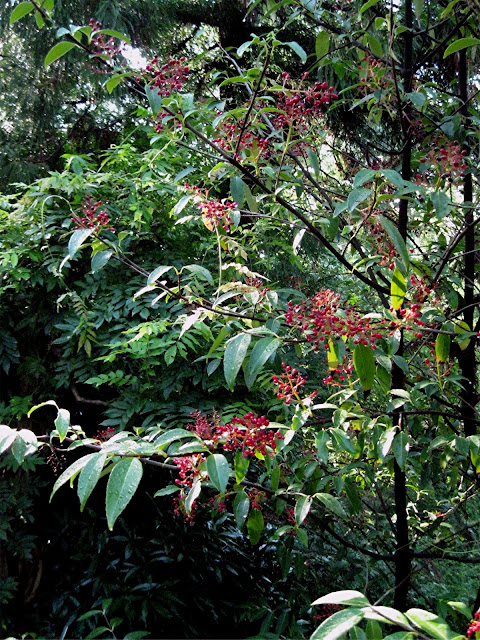