What can I say?....bleak days make for bleak photographs 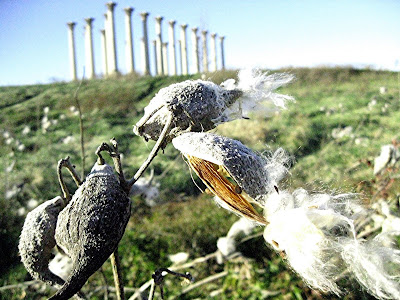 High winds and cold temperatures drove most of us inside yesterday. The forecast suggests that winter is arriving; we'll have nighttime low temperatures in the mid 20's F for most of the next two weeks. That's not unreasonably cold but the only flowers we'll be seeing for a while are the trur winter bloomers.

Still, it's nice to know Milkweeds flourish in the shadow of the Capitol Columns.
Posted by ChrisU at 3:51 PM 0 comments 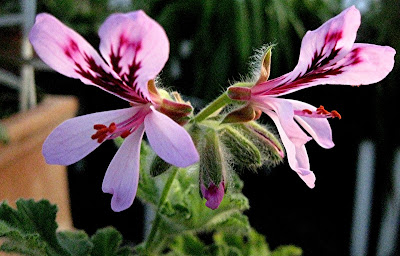 The Herb Gardern maintains a large collection of potted scented Geraniums, that they overwinter in our polyhouse. This is not the best season for flowers, but hey, it was a cold windy day; the temperature barely rose above freezing despite it being a sunny day. Any flowers were good today, so after I checked the Asian plants for wate, I stopped to look at the geraniums.The leaves are still fragrant of course, and there weren't many flowers, but these were especially nice.
Posted by ChrisU at 3:49 PM 0 comments 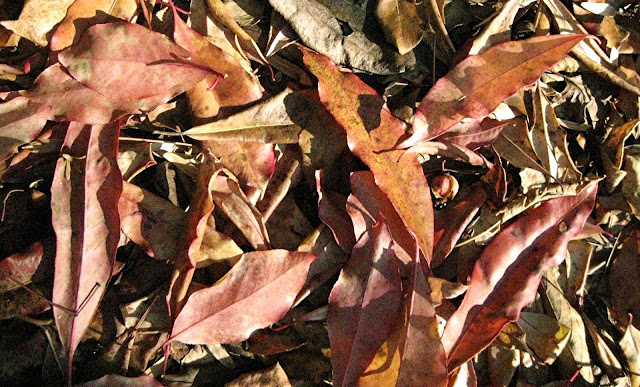 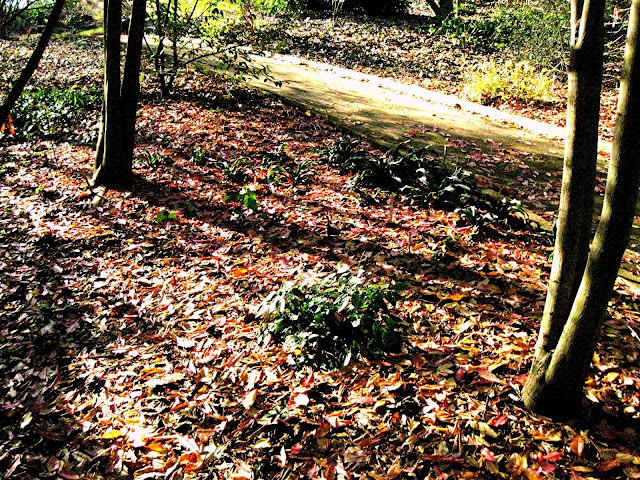 These leaves have been filtering down for about three weeks and most of them are still holding color. This is a grove of plants that straddles the China Valley path in the middle of the first big curve as you descend from the top. I'm not especially partial to Euonymus for various reasons: some are invasive, deer love them and not in a good way, and Euonymus Scale is often an issue. These plants, though, are beginning to grow on me. I've never heard of anyone planting a plant for the effect of it's fallen leaves; this could be the one though.
Posted by ChrisU at 2:46 PM 0 comments

Actually, its interesting to look at the components of the table arrangements close up 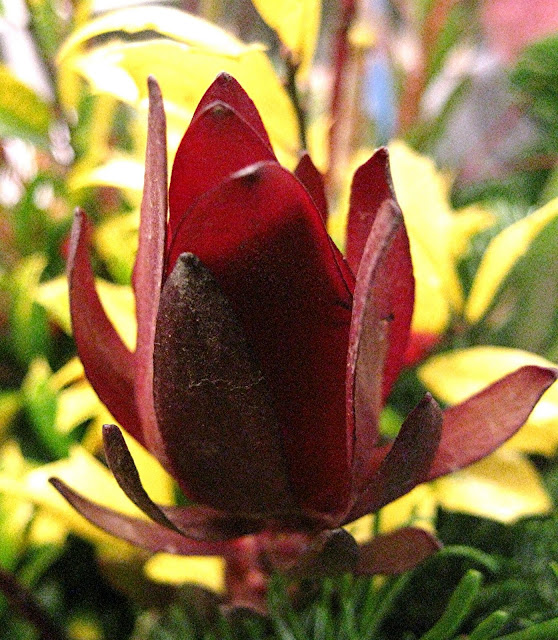 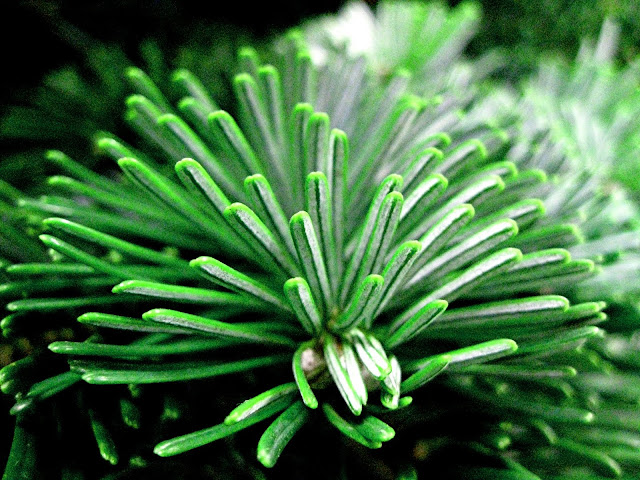 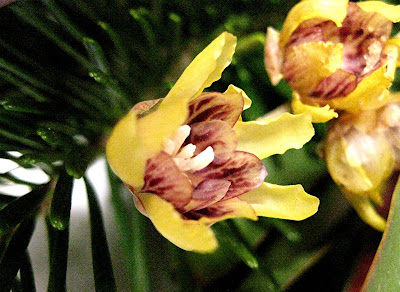 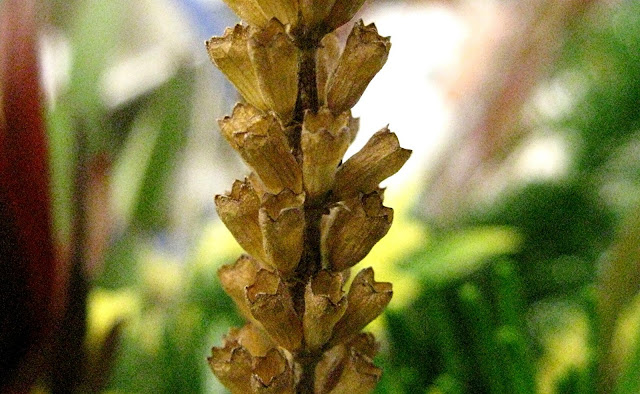 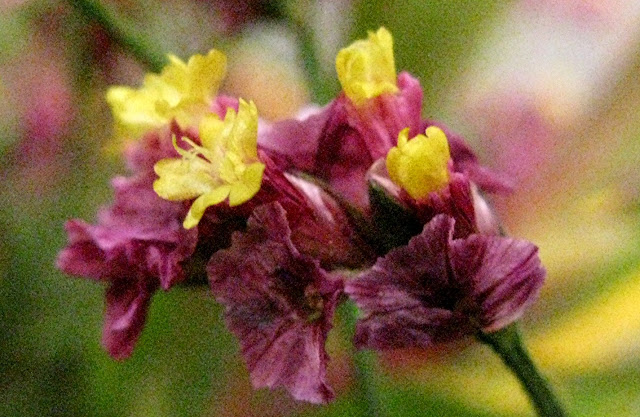 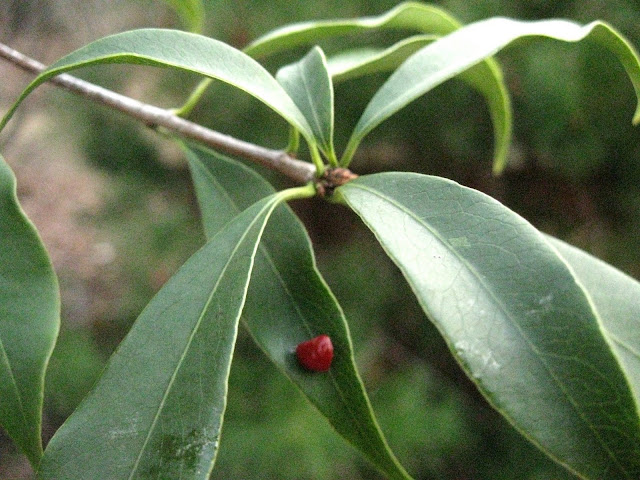 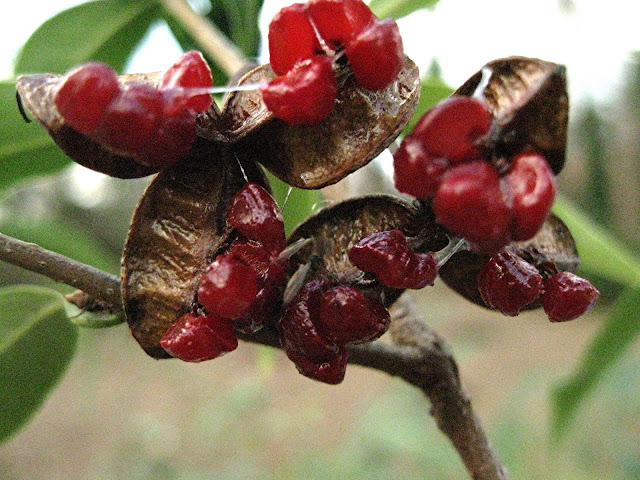 Maybe this could answer that call; it's a pleasing upright vase-shaped plant, less than 15 feet tall, with small fragrant flowers. It's clearly hardy here in USDA Zone 7, and doesn't seem to show any invasive tendencies, though it does have those red fruit that birds have a tendency to distribute. This plant is just down the main steps in the Asian Collection in the bed on the left-hand side.
Posted by ChrisU at 2:51 AM 0 comments

Somebody put together some spectacular winter arrangements....I found them in the headhouse when I came in at the end of the day. I think it was Young Choe 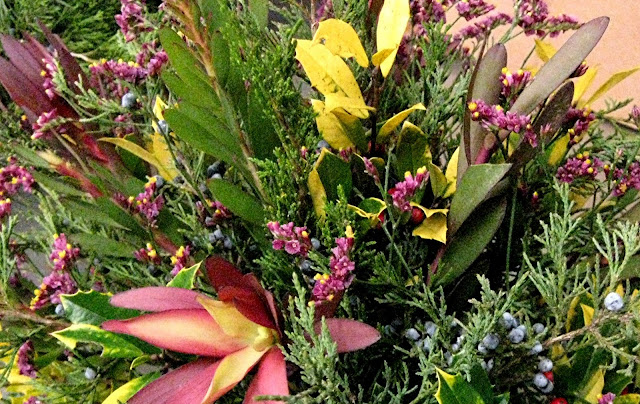 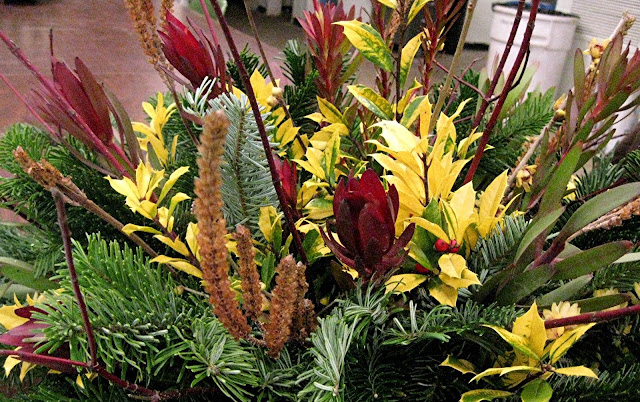 They will function for a few events here over the next week or so. Every year I'm impressed by them. Every year they are wonderful, but this year the variety of materials is very impressive. Every year I try to photograph them. Every year the flourescent lights and the horrible backgrounds are issues. I could wait until they're on tablecloths but then it would be so dark that I'd need flash and that would ruin the pictures. So I took closeups. You can't see the background. Too much. The light is still not perfect so the colors are a bit off but clearly these are well conceived and executed.
Posted by ChrisU at 5:26 PM 0 comments 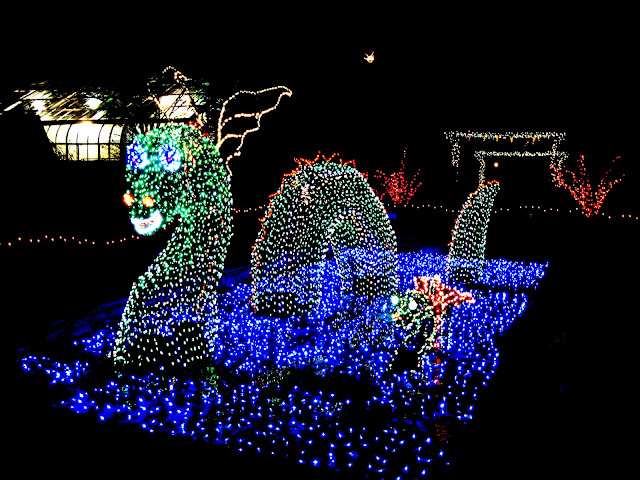 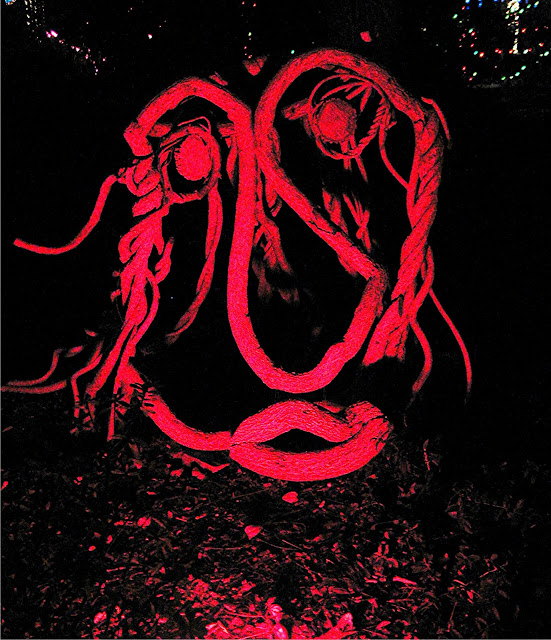 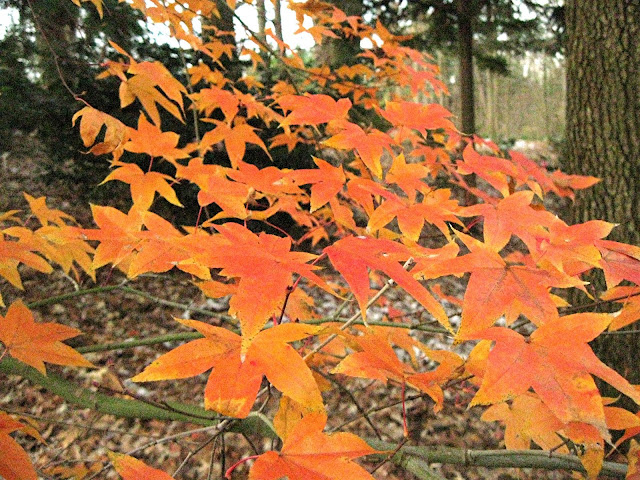 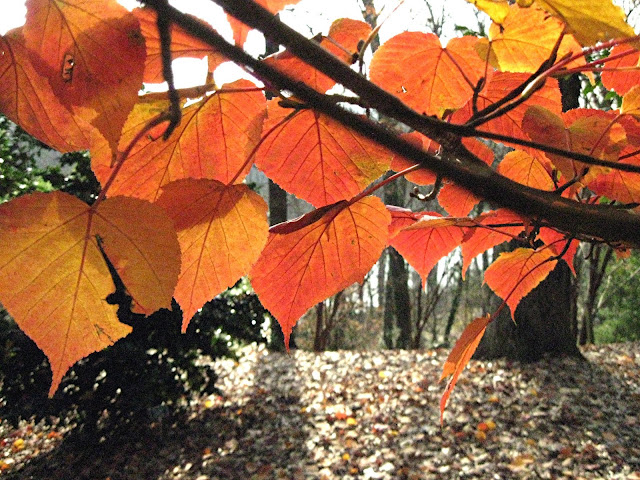 Two Asian maples are a little bit behind the curve here, but it's nice to have them. Acer pictum mono in the top picture and an unidentified species below add hot color to the, mostly pink and white, Camellias above the Anacostia River.
Posted by ChrisU at 2:59 PM 0 comments 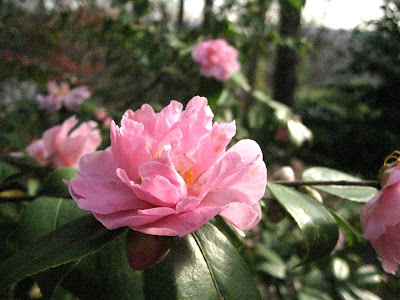 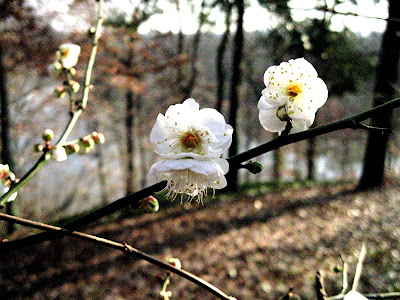 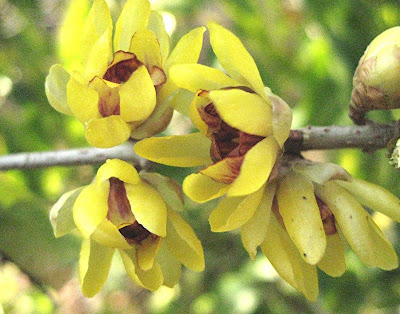 Of course winter hasn't begun yet, but since two late-winter/early spring bloomers have begun to flower.....27 F two night in a row isn't quite enough to trash the Camellias, even with a day's snowfall thrown in. And it isn't every year that Prunus mume starts flowering in early December, but this cultivar, 'Shiro-ninawa' is always the first to flower. Chimonanthus praecox is more likely to begin ist long flowering season before the middle of the month, still the flowers don't usually open while the foliage is still lush and green.
Posted by ChrisU at 2:54 PM 0 comments