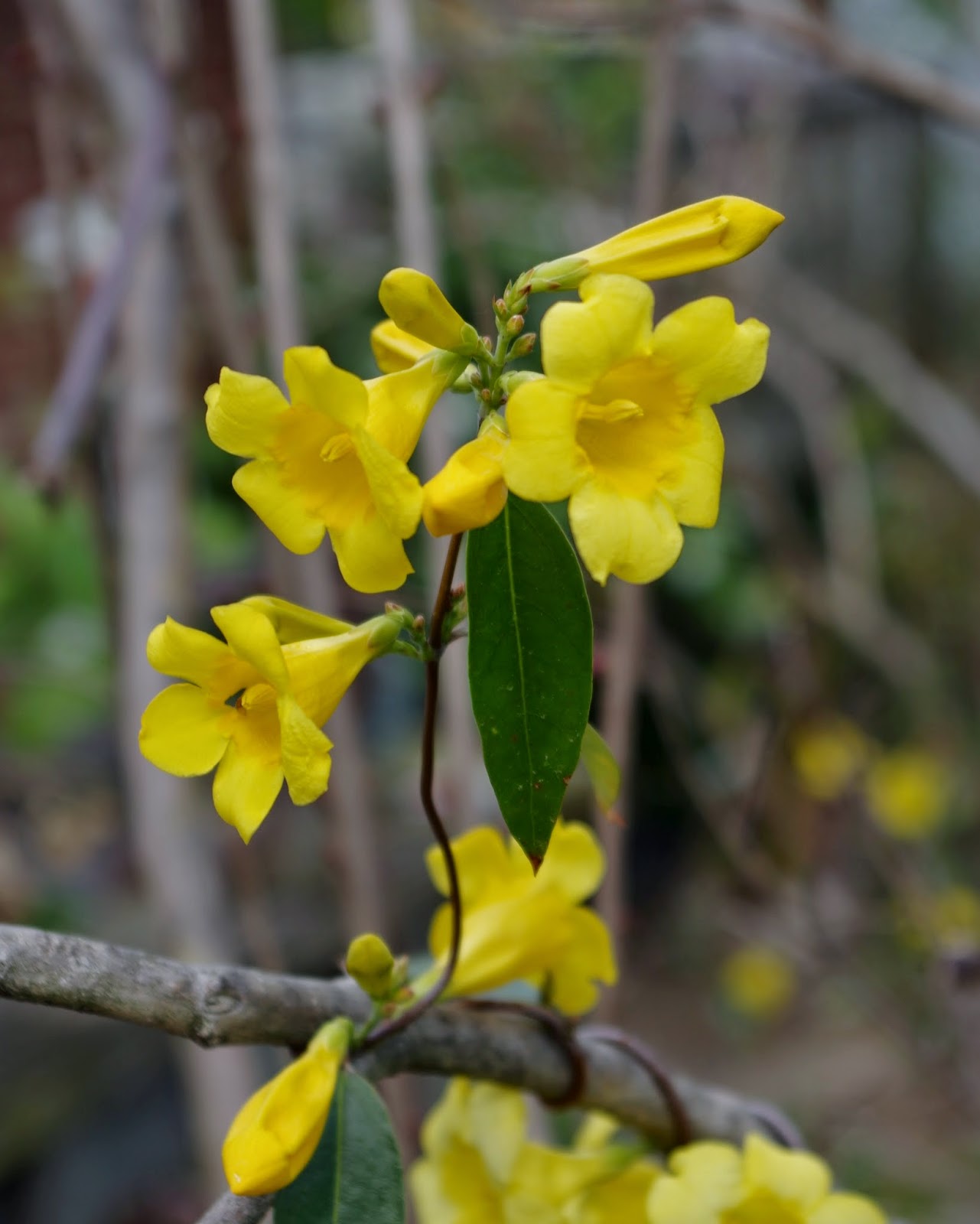 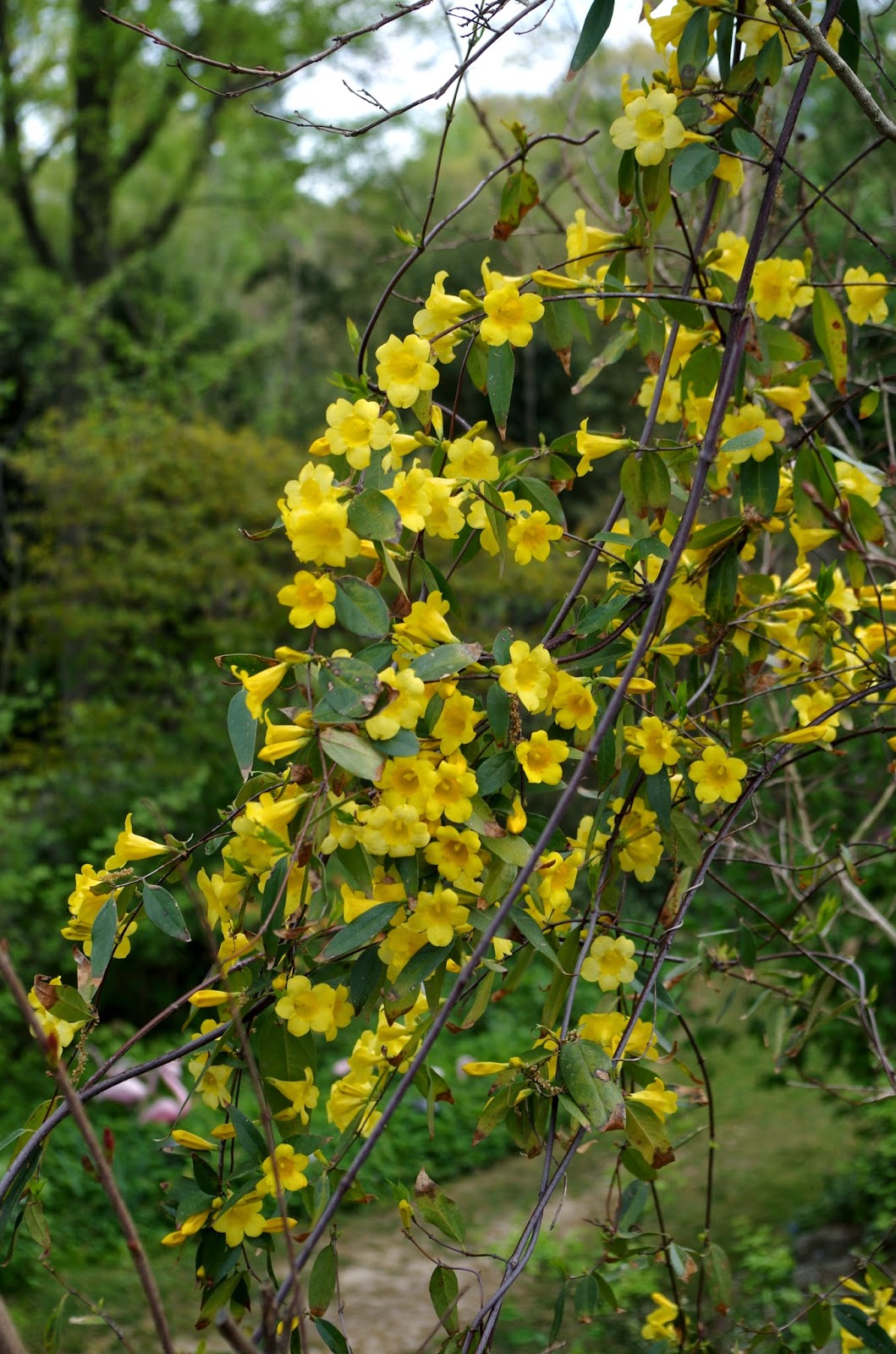 Hey, the crape myrtle (a ~15+' Dynamite) isn't leafed out yet so we let it's branches do double duty as scaffolding. The Gelsimium never seems to build up enough mass to interfere with the crape myrtle. It's not really noticeable after Dynamite leafs out. Carolina Jessamine, Gelsimium sempervirens, was not a hardy plant for me 30 years ago. This selection, 'Margarita' was released as a hardy form and surely enough, we've had it here for 10 years or so. The last two winters were fairly harsh by 7b standards. Obviously the vine is happy, all buds living and flowering.

As a National Arboretum person, I hate to admit to growing a non USNA CM in my private garden. I almost always prefer Don Egolf's USNA introductions, but I like this variety because it's so narrowly upright. And that garish harsh red really works for me in the summer. We tried the same variety in our Florida garden and the humid summers resulted in so much leaf disease that the plants are permanently defoliated.
Posted by ChrisU at 1:24 PM 2 comments

Takane hybrid: one of a series of crosses between Calanthe discolor and Calanthe sieboldii 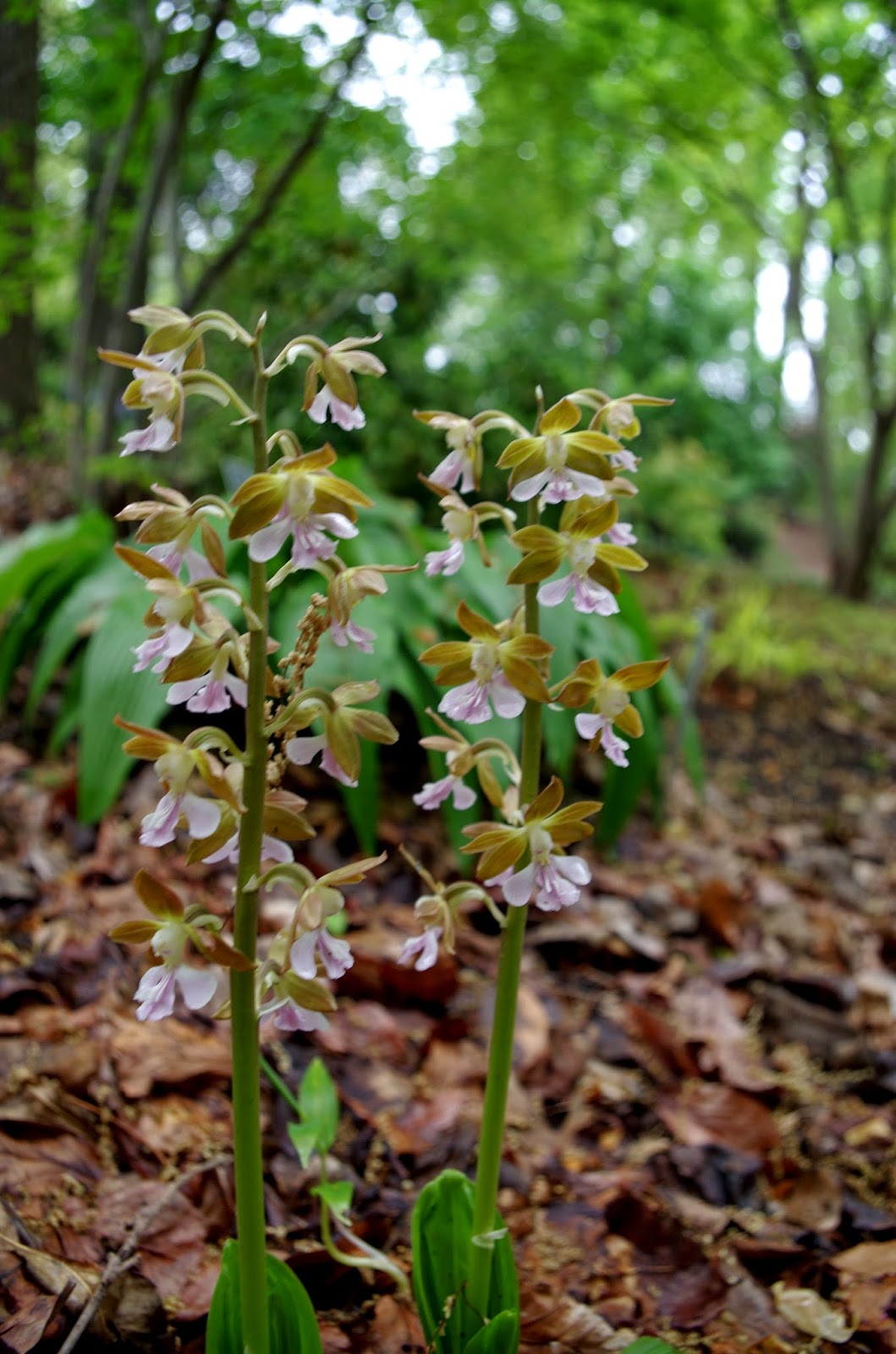 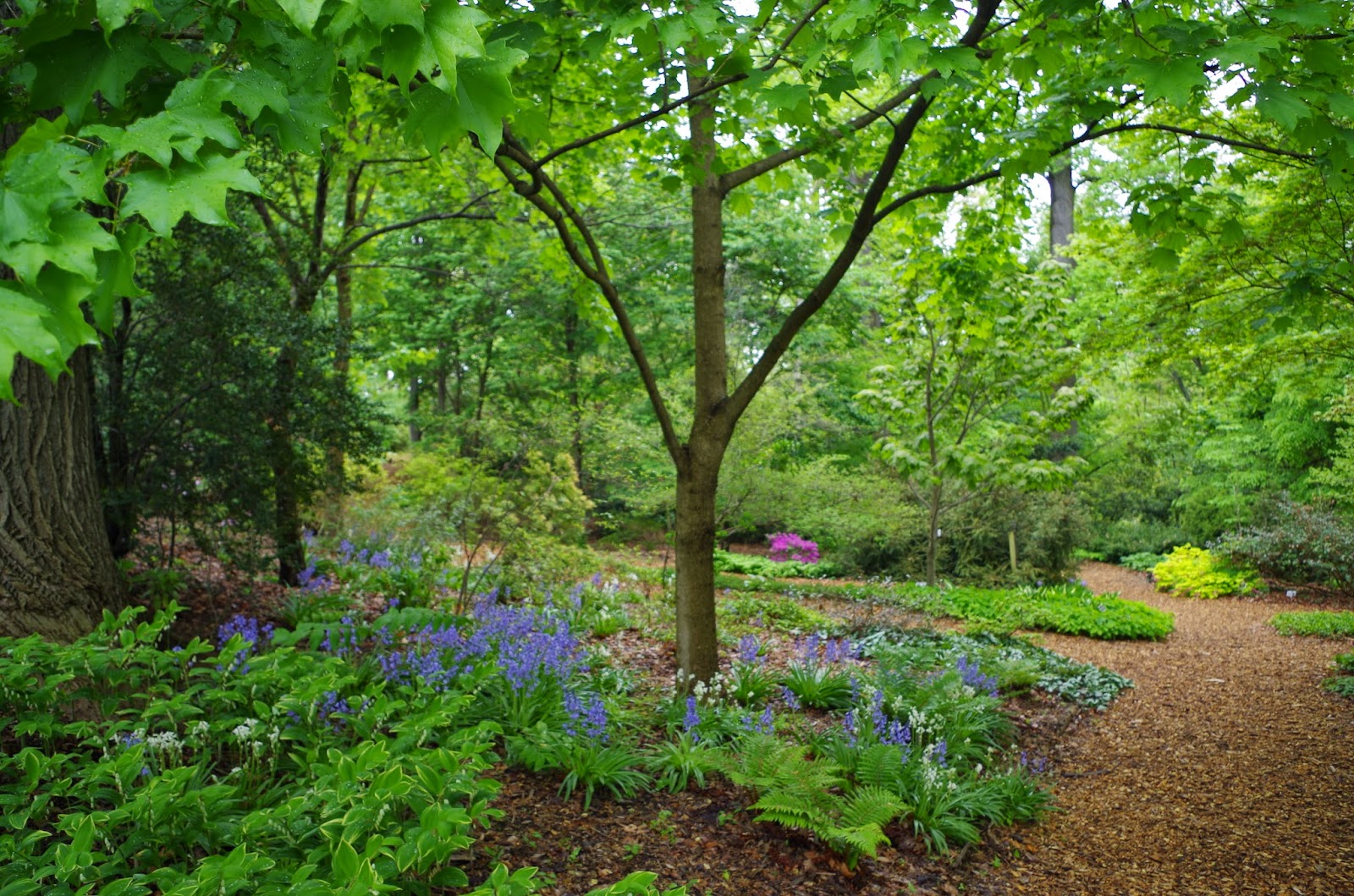 The Japanese Woodland (part of the Asian Collections at the US National Arboretum) is beautiful this spring whether you stoop to visit the plants individually or just ramble through.
The golden plant in the right mid-ground is the bleeding heart from the previous post.
Posted by ChrisU at 3:33 AM 3 comments

Golden Bleeding Heart: This one's way over the top but hey, it's spring! 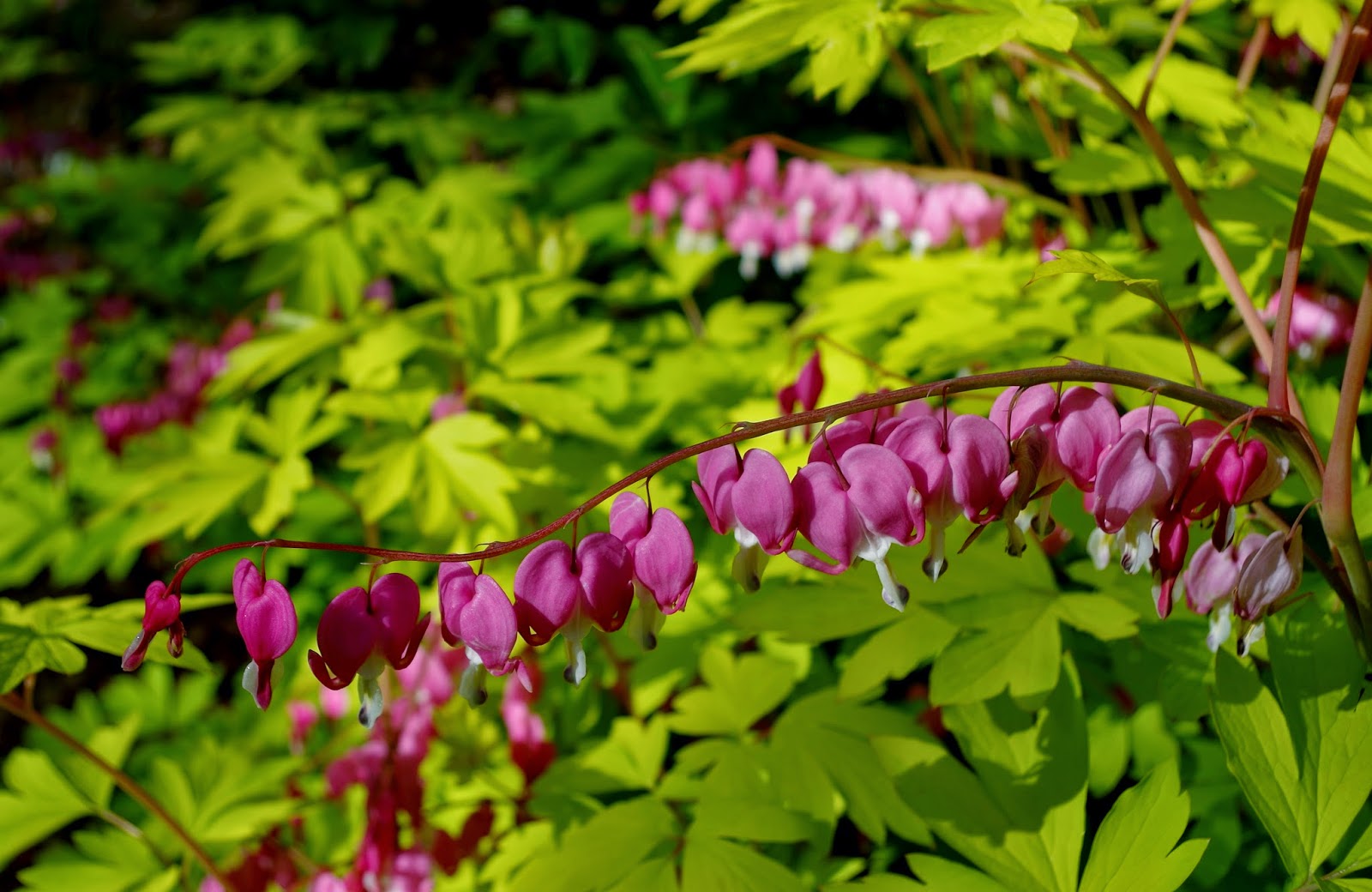 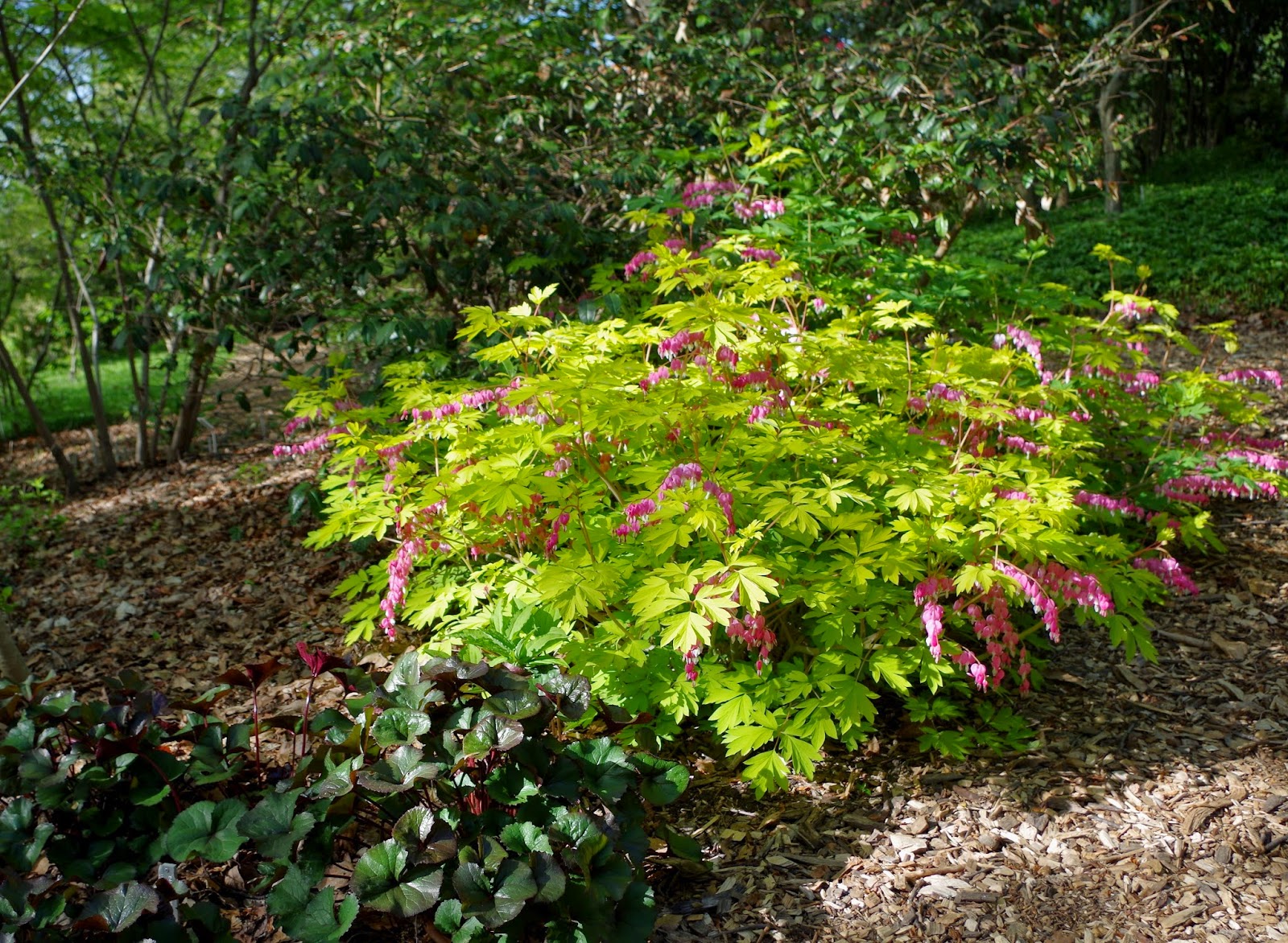 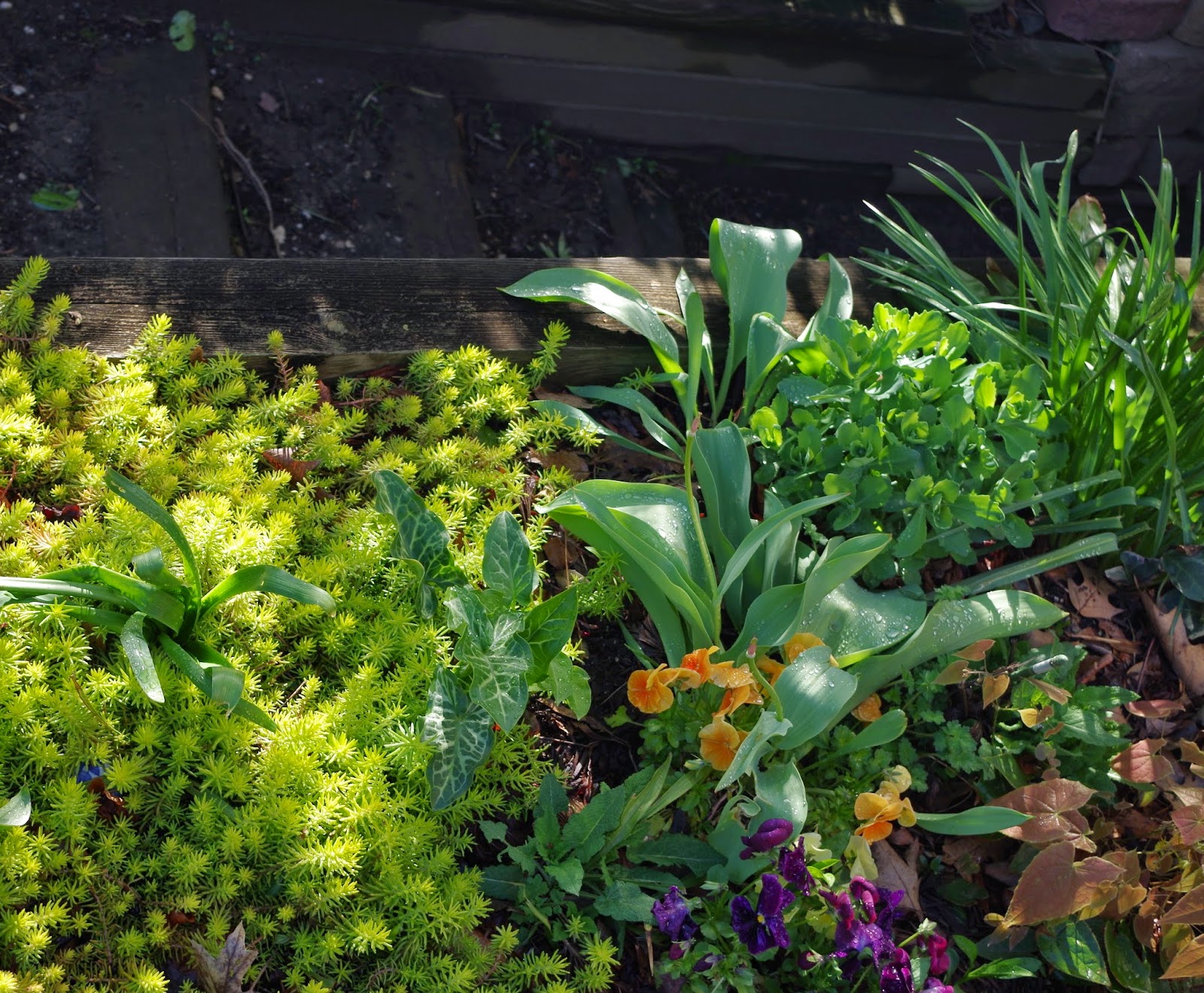 As our garden gets older (it's approaching 30) it gets messier and messier and I mind it less and less!
Posted by ChrisU at 6:43 AM 1 comments